As one of the capable Pyro DPS in Genshin Impact, the potential damage from Yoimiya can be maximized by using the right weapon.

Genshin Impact is one of the action RPG titles that consistently provides updates in the game. Recently, the game developed by miHoYo has released the newest 5-star (B5) character, namely Yoimiya. He is a Bow user character with Pyro elements.

As one of the capable Pyro DPS, the potential damage from Yoimiya can be maximized by using the right weapon. In choosing a weapon for him, you need to pay attention to several aspects, especially Normal Attack Damage, Charge Attack Damage, and CRIT Rate / DMG.

Then, what weapons are suitable for Yoimiya, the newest Pyro-Archer? Just take a look at the discussion below! 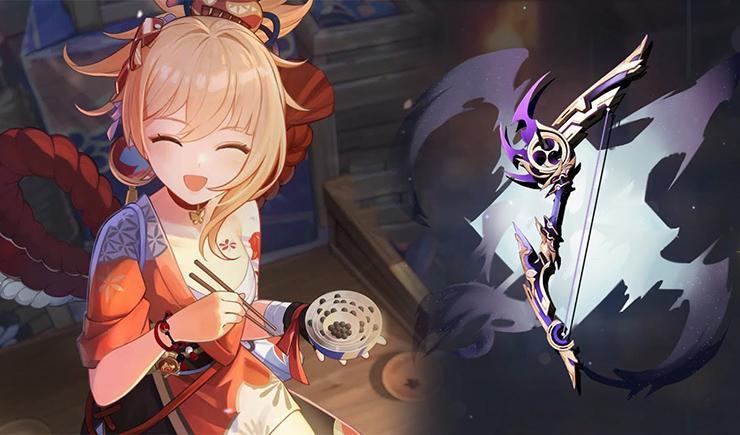 Thundering Pulse is the best weapon that Yoimiya can use. The B5 weapon can deal 608 Base ATK and 66.2% CRIT DMG at max level.

The increase in DMG’s CRIT status also synergizes with Yoimiya’s Ascension Stat which can increase the CRIT Rate. Moreover, Thundering Pulse also has a passive ability that can increase 20% Attack.

There is also an additional passive effect that can increase Normal ATK damage by 12%/24%/40% according to the stack (maximum 3 stacks). This stack can be obtained when attacking enemies with Normal ATK, Elemental Skills, or when energy is below 100%.

The passive effect is certainly very synergistic with Yoimiya’s mechanics which relies on Normal ATK to produce maximum damage. If you have the opportunity, it is obligatory to pull on the weapon banner because Thundering Pulse is very worth it.

Besides Thundering Pulse, Yoimiya is also suitable for using Amos’ Bow — one of the best B5 Bows and is considered suitable for DPS. At max level, Amos’ Bow can deal 49.6% Attack and 608 Base Attack as base status.

With a passive effect – Strong-Willed, Yoimiya will also get an increase in Normal Attack and Charged Attack by 12%. You will also benefit from an 8% increase in arrow rate every 0.1 seconds. This effect can also be stacked up to five times.

When compared to Thundering Pulse, Amos’ Bow was not very strong. However, overall, Amos’ Bow can be an ideal weapon choice for Yoimiya. Especially if you look at the ATK% bonus which is almost 50% at the maximum level.

As an alternative, Skyward Harp can also be the best Bow B5 option for Yoimiya. You see, not only does it increase the CRIT Rate as the main sub status, but this arrow also increases 20% CRIT DMG from its passive effect. 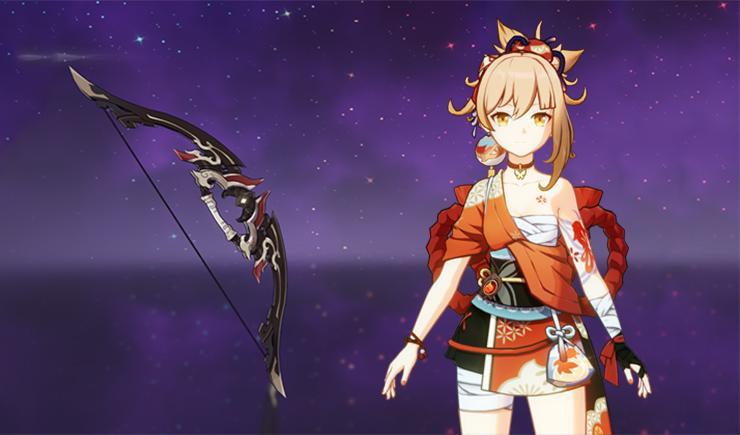 Rust is a Bow that is quite suitable for use by Yoimiya, and it can be said that it is still the best option for B4 weapon choices. At max level, Rust can give a 41.3% increase in ATK and 510 Base Attacks.

Of course, when compared to Thundering Pulse or Amo’s Bow, Rust is quite weak. However, this arrow is still a good option if you don’t have a B5 arrow. 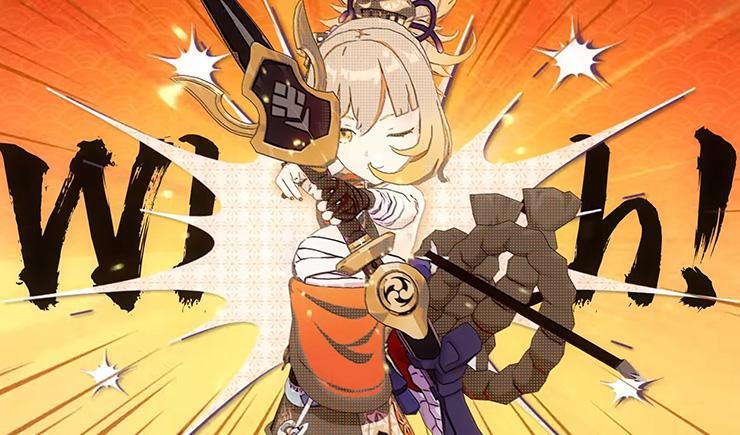 If you’re unlucky with Rust in the gacha, Hamayumi is definitely the next best option for Yoimiya. Because this arrow has a passive status and effect that is more or less the same mechanic as Rust.

From the basic attributes, Hamayumi deals 454 Base Attacks and 55.1% Attacks at level 90. In addition, this arrow has a passive ability – Full Draw which can increase 32% Normal ATK Damage and 24% Charged ATK Damage at the maximum refinement level.

The surprise didn’t end there. When the character’s energy is fully charged, the effect of the passive ability – Full Draw will increase by 100%. Overall, this arrow is more suitable if you play Yoimiya in a balanced way between Normal ATK and Charged ATK.

Unfortunately, weapons that can actually be obtained for free by forging them at the Blacksmith have one issue that is quite disturbing. To get the blueprint, you have to try your luck like gacha. Because Hamayumi’s blueprint can only be obtained by opening a chest from Takashi which is scrambled once a day.

Another Bow Option for Yoimiya 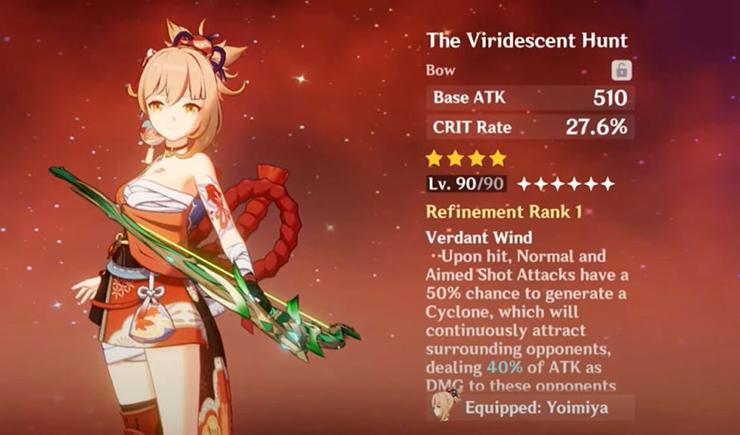 For now, the four Bows above are still and remain the best option for Yoimiya. Even so, you can still rely on some other arrow weapons if you are still unlucky because you didn’t manage to get the arrows above.

If you want to spend a little on the Battle Pass, The Viridescent Hunt can be a pretty good option. Increasing the CRIT Rate can make your damage more consistent.

If you have collected Masterless Starglitter, the Blackcliff Bow can be a pretty tempting choice. The addition of CRIT DMG to his sub-stats can make Yoimiya’s damage burst even more.

If you have to choose just one weapon, Thundering Pulse is still the best option. Besides being able to synergize with Yoimiya, Thundering Pulse also has a large Base Attack and CRIT DMG increase. So, try your luck on banner weapons as long as you have the “resources” to do it!

What do you think about the array of weapons that are suitable for Yoimiya’s use above? Please write your opinion in the comments column. Also, keep up with the latest information about Genshin Impact only on the website, okay!