Angry Assault: Why the Faro Plague Would Never Happen

2020 nearly killed us all, but like big asteroid often does it left us very much alive and disappointed. Unfortunately for other words, apocalypses tend to actually work, bringing an end to humanity, the Earth, or existence as we know it. Que Horizon Zero Dawn, where the Faro Plague ended the world.

The name itself is a bit deceptive. What the Faro Plague is, is a rampaging hoard of self-replicating machines that can consume biomatter for fuel. Built by Faro Automated Solutions, these robots were part of their mechanized soldier line and deployed to defend one of the few remaining oil fields on the planet when the swarm malfunctioned and started answering only to itself.

This entailed activating its emergency biofuel processes and replication functions before spreading out and consuming all life on the planet. Resulting in complete ecological collapse and a reduction in the quality of the atmosphere until the Earth became uninhabitable, because that’s how that works.

To save humanity and life on Earth, the most brilliant minds gathered together and formed Project Zero Dawn. It wouldn’t save humanity, but it would eventually crack the Plague’s quantum encryption and shut the robots down. Afterward, it would reseed life on Earth, giving the entire world a new chance to prosper where the old world died.

Now for the major issue, it would never happen, and here is why.

In Horizon Zero Dawn, the lore makes it explicitly clear that drones and AI are heavily regulated. Rendering it absolutely impossible that an army of self-replicating kill bots with no backdoor or failsafe function would ever be greenlit for production or sale.

Even today, there are regulations on AI that would render Faro’s little venture illegal. After several major wars triggered by mass migration from an ecological collapse following “climate change,” it is unlikely regulation would lessen to allow such a potential disaster to occur.

There is a Back Door

The Faro Plague operates on Quantum Encryption that even the best computers would take several decades to brute force their way past. In game this is why humanity could not shut off the swarm after a fatal glitch made the swarm go rogue. One slight problem exists with this excuse, though. There is a blatant and easily exploitable security flaw.

As the swarm replicates, it has to intercommunicate and identify new members of the swarm. Sure, you cannot break the encryption, but you can exploit this security flaw. Disable a unit or two, or hell, build a few new ones and get the swarm to identify them as part of their ranks. With modifications, you then just broadcast the update through the swarm, shutting them off.

Naysayers will undoubtedly denounce this as impossible, but it very easily is. The best part is that if the system can reject modified units, all one has to do is convince the system that every unit is modified, triggering the swarm to turn on itself. Remember, you don’t need to break the encryption if you can exploit the support systems.

The AI Wouldn’t Swarm Over the Earth

Sad reality is most people do not understand how AI work. AI does not magically become sentient or sapient, and even if a critical glitch occurs, they are still limited by the framework of what they are programmed with. Upon the glitch – which will likely turn out to be an intentional override in the sequel – occurring, chances are the system would still be confined to their target area.

Perhaps this is the weakest reason why it would never happen, but a slew of circumstances would have to go right in the code for the swarm to carry out the functions they were doing in the game’s universe. Answering only to itself sounds impressive until you realize the swarm is not equipped with advanced logistical processing capacity or functions that would allow it to coordinate in ever-expanding growth. Glitches in programs do not result in sentience or independence. They result in corruption, errors, and crashes.

Thus beggaring the question of how the Plague could have originated in the first place without being intentionally designed for that express purpose.

Nuke it from orbit. It’s the only way to be sure. Owe, and this universe has antimatter engines giving them an impressive array of destructive options. Some will doubt this could be effective, but once you reach Tsar levels of destruction you are in vaporization territory. Then there are Cobalt Nukes. AKA State Busters. Even if the world became a more peaceful place with no more nukes, these devices could be mass-produced in days. 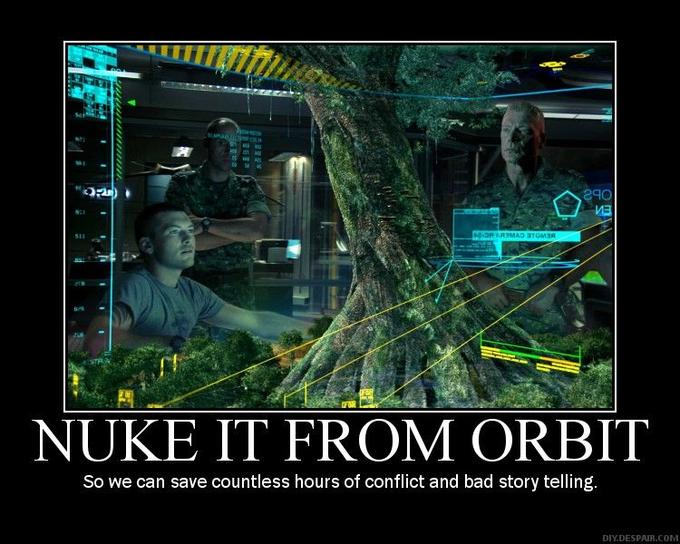 Okay, we have nukes, but perhaps some ethnically minded morons demand we sacrifice the planet in order to spare survivors from being vaporized. Fair Argument, then we’ll crack out orbital cannons and lasers.

In the universe, production speed is insane, limiting us to how fast we can be put these devices into orbit. In Cyberpunk, the EU destroys most US military facilities in under 24 hours with only a few rail cannons on the moon. As we have lunar harvesting operations, it sounds like it is time to racking up those long-distance kills. 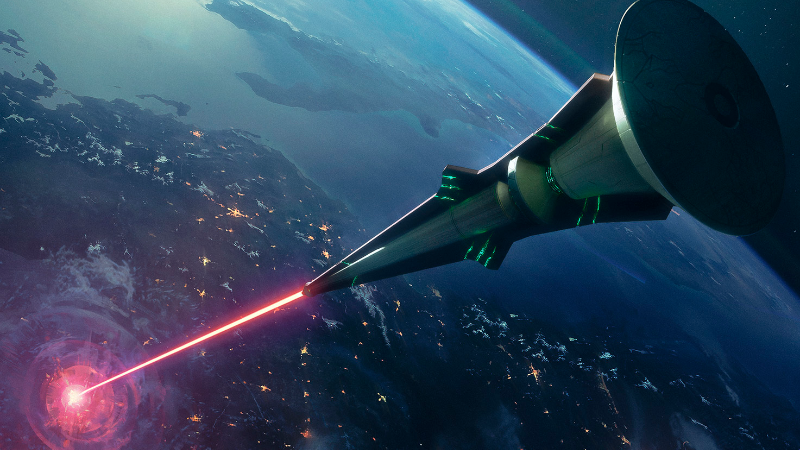 Above all else, in-universe this is where the threat should have ended. It doesn’t matter if the Plague has super hacking capabilities if their targets are not in range.

Okay, so fun fact. Not only does the Plague have impressive encryption, but for some reason, it also has super hacking capacities. As most of the world’s militaries relied on drones and robots by the time the apocalypse began, many defense efforts were rendered mute. Except not really.

Remember how the Faro Plague cannot be hacked? Then start putting that encryption into other robots and drones. Or better yet, build another horde of robots and sick it on the original horde. Either they cannot hack each other, or this problem is self-correcting, and we hack our update into the Plague, shutting them off.

Earlier I mentioned they have antimatter engine technology. This was used on a ship that was designed to carry a large chunk of humanity to the next habitable star system. Unfortunately, as the technology was experimental, the drive fails and the ship explodes, killing everyone on board.

What’s the problem then? Well, this plan is just stupid. Zero Dawn already demonstrates we have the technology to terraform planets, and we already have space travel that can reach the moon and beyond. Colonizing another solar system is a good idea. Still, it should not take precedent over creating self-sustaining colonies on Venus, Mars, the Moon, and numerous viable moons, planetoids, and asteroids scattered throughout our solar system. 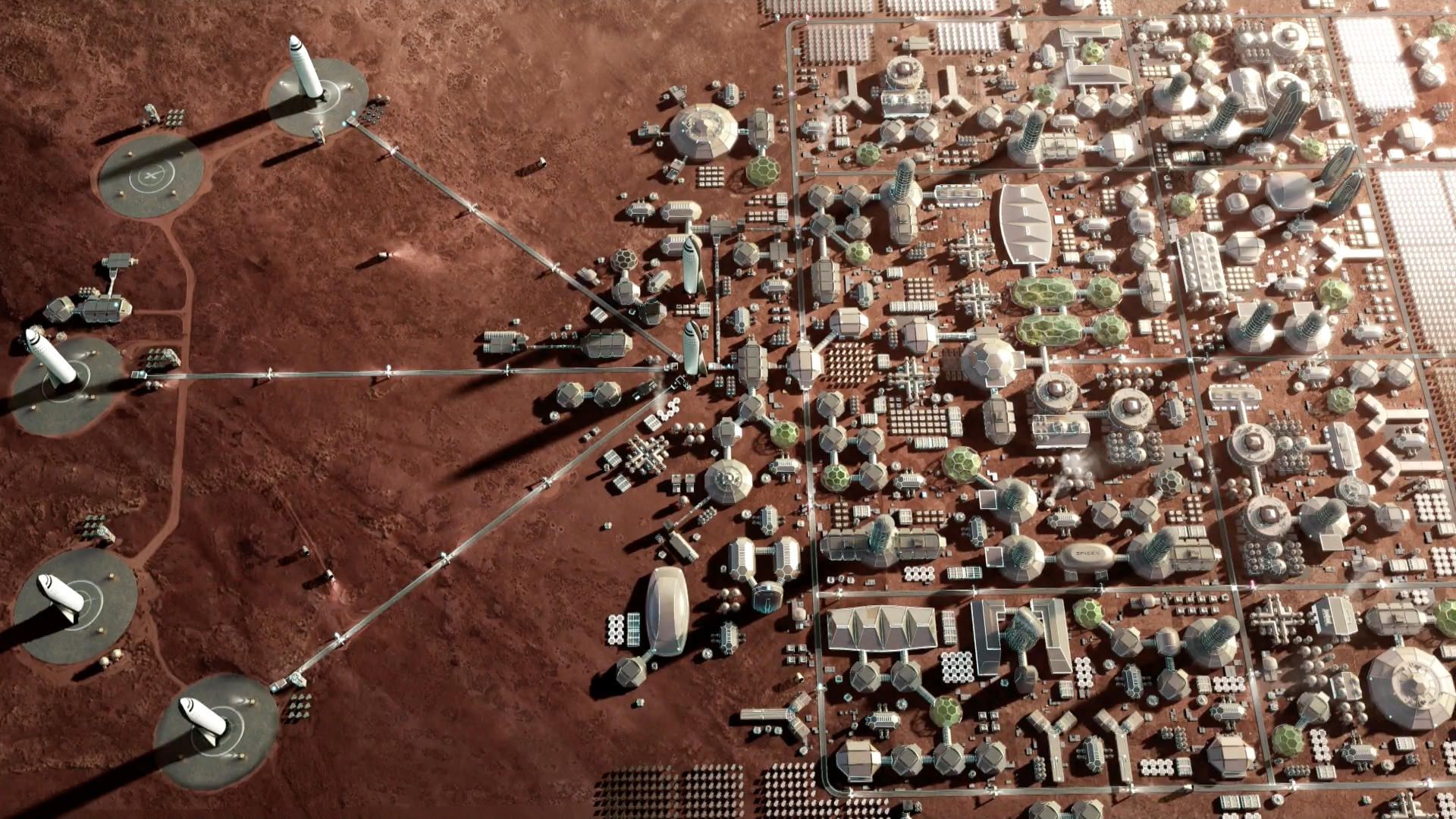 Even if the Earth were to be lost, we’d have these as fail-safes to fall back to with the long-term goal of completely terraforming Mars and Venus or reclaiming the Earth with orbital bombardment. Then there are DUMB or Deep Underground Military Bases. Though it is mere rumor and speculation, one such facility is so large and massive that it is an autonomous city below the Earth’s surface.

As the game demonstrates, we can survive in sealed environments, so if we don’t have them it would be essential to start building them. They’d be easy to defend, easy to isolate and hide from the Plague, and would afford us the capacity to save more people than any space operation would.

Zero Dawn could then be used to wipe the swarm out and allow humanity to return to the surface.

Not all apocalypses are created equal. Some are dreadful situations that could kill even the most prepared mastermind. Others are the luck of the draw scenarios, killing the unfortunate regardless of intellect or preparedness. Then there are apocalypses that should never get off the ground, such as the Faro Plague.

From its onset, it should never have been created, should never have spread, and then should have easily been eliminated with WMDs or Orbital Weapons. That it, in the end, managed to wipe out humanity, who failed to implement even the most basic of attempts to shut them off, jam their communication, or execute other plans to survive is patently poor writing.

Then again, what can you expect from a game that demonized religion without understanding how religions are formed. Painted men as incompetent or evil, in desperate need of being saved by a Mary Sue who could not fail no matter how bad the situation became and always knew the answer.