SimulaGames and Aerosoft’s Trucks & Logistics Simulator is currently available for the Nintendo Switch. The game is also available on Steam for PC via Early Access.

You can pick up a digital copy worldwide or a boxed copy in Europe or Australia for $39.99.

I originally thought that the game was kind of trite, but it’s actually a lot more involved than other simulators out there. The game centers around managing a delivery and construction business. You’ll be tasked with acquiring goods using transporting equipment, and then once the goods are loaded up, you’ll have to deliver them to their location.

You can check out the trailer below to get an idea of what the basic gameplay loop is like.

You’ll need to make use of each vehicle for different missions and tasks, some of which include moving quarry supplies to a specific location, or delivering information to clients. You can also run the missions solo or team up with other players via cross-platform multiplayer, which is pretty cool.

There are over a thousand missions that span the likes of a 24-square kilometer open-world city thet spans highways, industrial sectors, a harbor, and suburban areas. 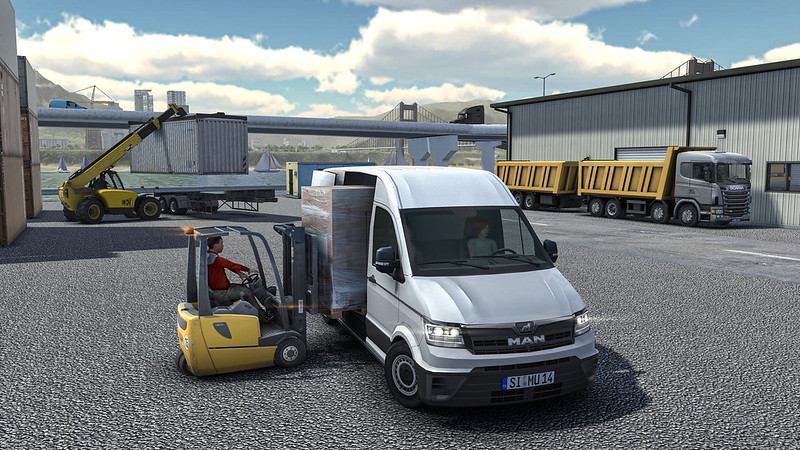 Much like American Truck Simulator or other similar games, there’s also a damage model present in Truck & Logistics Simulator, but it’s rather… basic. There are some dents, dings, and some model bending here in there, but don’t expect anything on the level of Bugbear Entertainment’s Wreckfest. Majority of the damage isn’t visible, though, and will affect the performance of the vehicle, including twisted axles, steering columns being distorted, or the brakes going out.

On the upside there’s the option to mod the game, so maybe a more advanced damage model will roll out at some point in the future?

You can grab a digital copy of Truck & Logistics Simulator in Early Access over on the Steam store, or you can get the game for the Nintendo Switch from the eShop.