[Update: 5/18/2020:] According to other Twitter users, they believe that the tweet that resulted in ShortFatOtaku being banned was an anti-illegal immigration tweet made on April 19th, 2020. 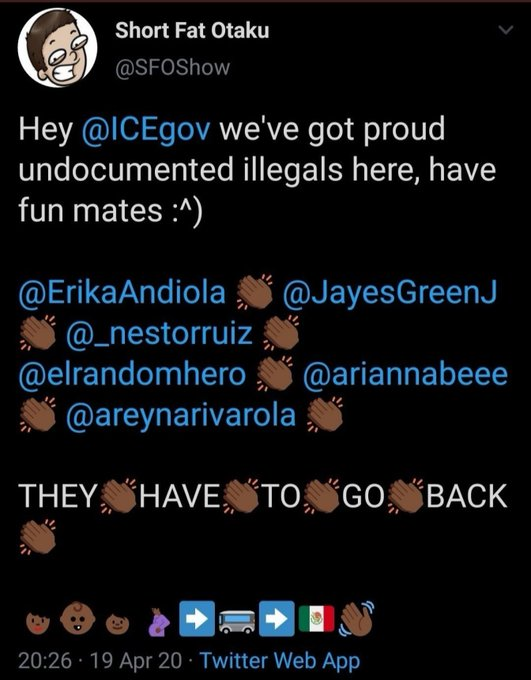 [Original article:] The creator of the “Indiefensible” documentary series, which was a deep dive into the corruption circulating the independent gaming scene, has been banned from Twitter. Why? He doesn’t know. ShortFatOtaku recently discussed it at the end of a video posted up on April 20th, 2020.

One of the last tweets from ShortFatOtaku was on April 19th, 2020. Content creator Louis Le Vau retweeted SFO but the tweet is unavailable.

So why were the accounts permanently suspended? No idea.

It could have been an influx of mass reports, or it could have been someone digging through his archive of tweets to find something that they felt violated Twitter’s rules in order to get him deplatformed.

Google has already wiped the cache so you don’t know what the actual final tweets of the account say, and Twitter is mum, too.

ShortFatOtaku doesn’t actually know what led to the ban either. He briefly discusses the account being taken down by Twitter in the latest video he posted up on April 20th, 2020 during the final minute. The rest of the video is about the World Health Organization lying and real people dying in result of their lies.

It’s possible that it was someone at Twitter getting trigger happy and attempting to ban the account for some perceived slight against the Liberal Progressive agenda, or it could have been some other cause.