Colo Symmetry and Playstack London announced that they have a new Soulsborne clone in the works called Mortal Shell. It’s due out at some point in late 2020 for PC, Xbox One and the PlayStation 4. Technically, they just note that the game is coming to the PlayStation Store, which could also mean a PlayStation 5 release.

The Mortal Shell announcement was accompanied by a near two-minute long trailer filled with some foreboding music and a dreadfully macabre aesthetic.

Visually, however, the game looks stunning in some of the sequences. It reminds me a lot of Dark Star Games’ Sinner: Sacrifice For Redemption and a 3D version of The Game Kitchen’s Blasphemous. You can see what the gameplay and cinematics are like with the announcement trailer below.

I have to admit, the trailer is really well put together.

It reminds me of being the equivalent of an A24 movie trailer: visually captivating with just enough story immersion to make you want to see and learn more.

The gameplay looks solid, too, based on what little we’re able to see.

I reckon that a lot of people are probably most interested in how the vengeful soul mechanic will work, given that you’re able to disembody your visage and claim the mortal shell of others.

You can’t say the game doesn’t live up to its name. 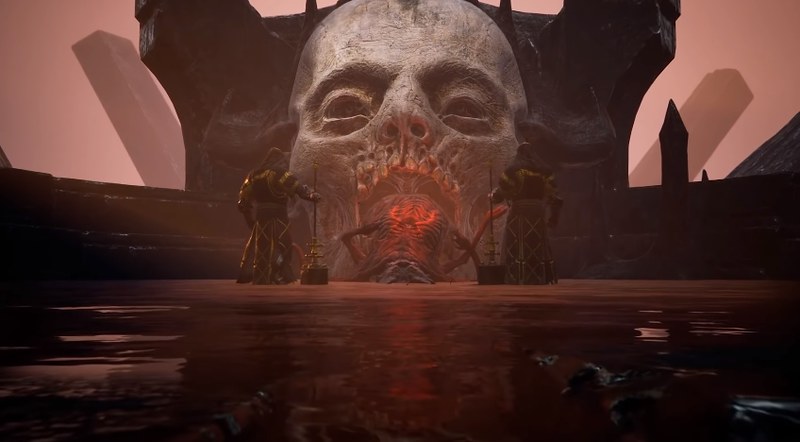 As far as actual gameplay is concerned, it relies on the weighted combat present in Hidetaka Miyazaki’s Soulsborne-style games, where large weapons take time to swing but the impact and damage is imminent, with limbs, cleaving, and splayed bodies being rendered sunder.

The Gothic-Hell environment is also a nice touch, along with the larger-than-life bosses. It’s just hard not to view the game as Dark Souls 4 given that it really does look exactly like From Software’s iconic hack-and-slash series.

Hopefully it contains a bit more meat to the gameplay than being just another visually stunning clone of an already successful franchise. You can also check our trainers and cheats for Mortal Shell here.