Focus Home Interactive and Saber Interactive released a new overview trailer for the physics-based trucking simulator, SnowRunner. The game is gearing up for its April 28th release on home consoles and on the Epic Game Store. The trailer covers how the environmental road conditions affect the physics of the vehicles, as well as how players will have to handle these obstructions in order to complete their objective. The trailer also reveals that Saber Interactive has plans on adding console mod support for the PS4 and Xbox One version of the game.

The trailer clocks in at just over four minutes, and starts by explaining that different types of terrain under different kinds of weather circumstances will affect traction, tire spin, load handling, and stability.

You’ll have to manage your fuel reserves wisely as you attempt to trek out of deep pits of slushy snow, or burn through wet mounds of mud. You can check out the trailer below to see the game in action and some of the different vehicles you’ll be manning to get through each mission type.

The trailer covers how you can utilize different drive mechanisms to help you overcome some obstacles, such as utilizing a wench on a tree to pull you out of a river, or switching between all-wheel drive or a differential lock to hill-climb your way to safety.

They briefly cover how treacherous river currents can overturn vehicles – especially those with trailers – if you’re not careful. And we later get a look at how the contracts are setup across the three different regions spread over 11 different maps. 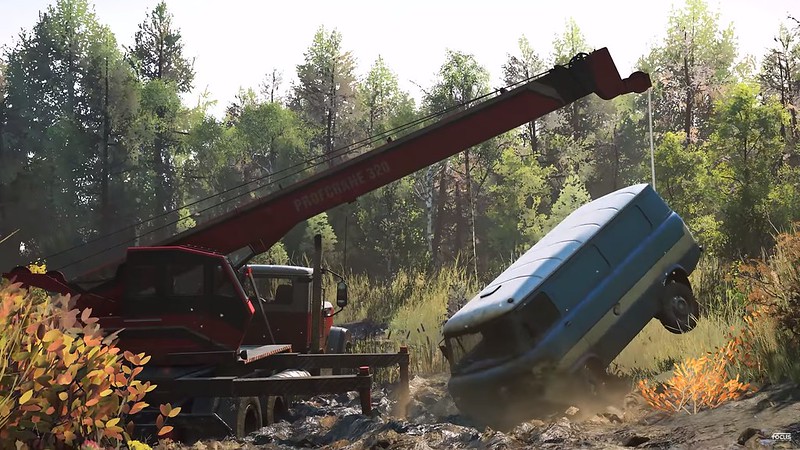 Some of the contracts range from towing vehicles to specific locations, rescuing downed vehicles from hazards, transporting goods to a checkpoint, or driving vehicles to a designated spot.

As they reveal in the trailer, completing different contracts can affect the larger world around you, sometimes opening up new access points as bridges are built, or power stations are brought online. 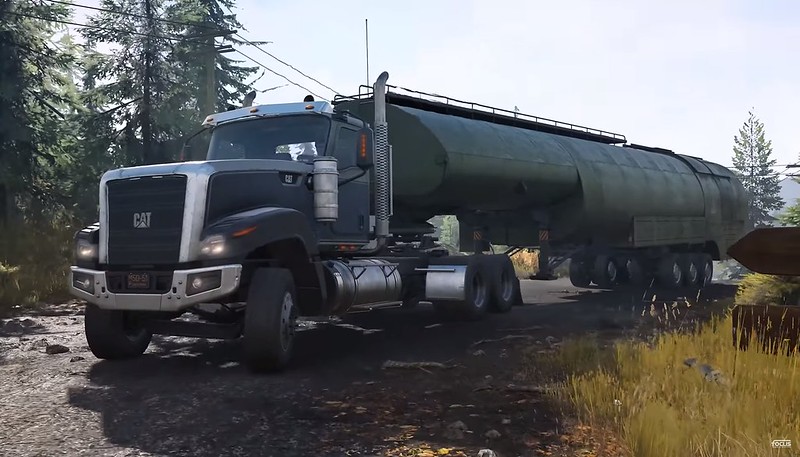 One of the more shocking things revealed in the trailer that I didn’t expect to hear about was that there are plans to bring console mods to the Xbox One and PS4 version in future updates.

I don’t know how well that will work out, but if Saber Interactive follows in the footsteps of Bethesda, allowing gamers to import various types of new trucks, truck-mods, and customization, then that might make SnowRunner less of a gamble to purchase on the eighth-gen twins than on PC.

Of course, this all depends on how well the implementation goes, whether or not they will have mod restrictions, and a host of other caveats. On PC, though, the game will offer mod support out of the gate courtesy of Focus Home and Saber Interactive’s collaboration with Mod.io.

You can look for SnowRunner to go live for the Xbox One, PS4, and on the Epic Games Store for PC starting April 28th.