Jae-Lee Productions’ Shaolin Vs Wutang is somewhat of a clunky but beloved fighting game gem among a small niche of gamers on PC. Conceptually it takes many of the faces and styles from the Hong Kong kung-fu classic era of the 1970s and early 1980s and pits them against each other, sort of like the original Mortal Kombat. Well, a direct sequel to Shaolin Vs Wutang is set to land on Early Access soon.

Jae Lee announced that Shaolin Vs Wutang 2 is coming soon to Steam. A debut trailer was rolled out for the game featuring the cast of characters and some of the stages that will be available in the side-scrolling, 3D fighting title.

You can check out the trailer below to get an idea of what the gameplay is like.

Since Jae Lee lacks the licensing to feature brand name martial artists in the game, he has them represented as expies through their martial arts styles. So Bruce Lee is Jeet Kune Do while Donnie Yen’s popular role of Ip Man is depicted as Wing Chun.

Other famous martial artists also make the cut, including Jean-Claude Van Damme from Bloodsport, Chuck Norris from Return of the Dragon, Chia-Hui Liu from The 36th Chamber of Shaolin, Jim Kelly from Enter The Dragon, and Pai Wei from Five Deadly Venoms, to name but a few. 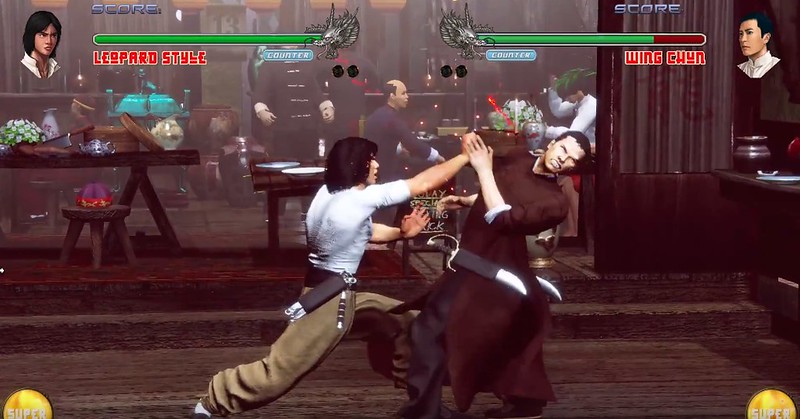 Lesser known but popular icons from the 1980s such as Sho Kosugi from the Enter The Ninja and Revenge of the Ninja movies is featured, along with Lily Li from Executions From Shaolin.

The line-up of martial arts and famous faces that appear in Shaolin Vs Wutang 2 would make it worth the price of entry alone, but by gosh the games from Jae Lee Productions really are janky.

I purchased Kings of Kung Fu many years ago and had a difficult time enjoying it due to the clunky controls and shoddy hit-boxes. Things slightly improved with the first Shaolin Vs Wutang, but not by much. He then made Fighters’ Legacy, which adopts a similar kind of approach to the Shaolin Vs Wutang games but also still suffers from many of the same problems. If you can harness the jank then you can sometimes put on decent fights, as featured in the video below from Daniel Batman Alves.

Hopefully the hit detection will get refined along with the hit boxes, the blocking, and the evasive maneuvers.

There’s a lot of potential in the Shaolin Vs Wutang games, but they really need a lot of refinement before they get anywhere near close to competing with the big boys in the genre.

You can wishlist or follow along with the development of Shaolin Vs Wutang 2 as it preps to enter into Early Access by visiting the Steam store page.