Content creators and streamers were hit with some startling news recently when it was revealed that starting November 12th, 2019, Twitch will be disabling the comments on VODs, removing the ability for viewers to comment on already saved videos.

Several people have tweeted and shared screenshots about it already.

On October 5th, 2019 Eric Midget informed his followers about it.

Did you guys know that you will not be able to comment in VODs anymore come November 12, 2019 on twitch? I just found out.

H3rb1 also informed their audience about it, sharing a screenshot of the notice that now appears in the Twitch streamer dashboard.

Do you leave message/comments on Twitch VODs? Well this feature is going away!

Viewers will no longer be able to comment on VODs as of November 12, 2019.

As a result, existing VOD comments will be removed. pic.twitter.com/wppzJBaf2g

Every Jon, however, not only posted screenshots of the message, but also linked to the Twitch help page where it states clear as day that the chat feature on videos will be removed come November 12th.

‘Chat on Videos’ will no longer be active as of November 12, 2019. pic.twitter.com/MlkQv9dMZP

Now for clarification what this means is that you’ll still be able to chat in active livestreams. That’s not going anywhere. However, you won’t be able to chat on stored or saved videos. 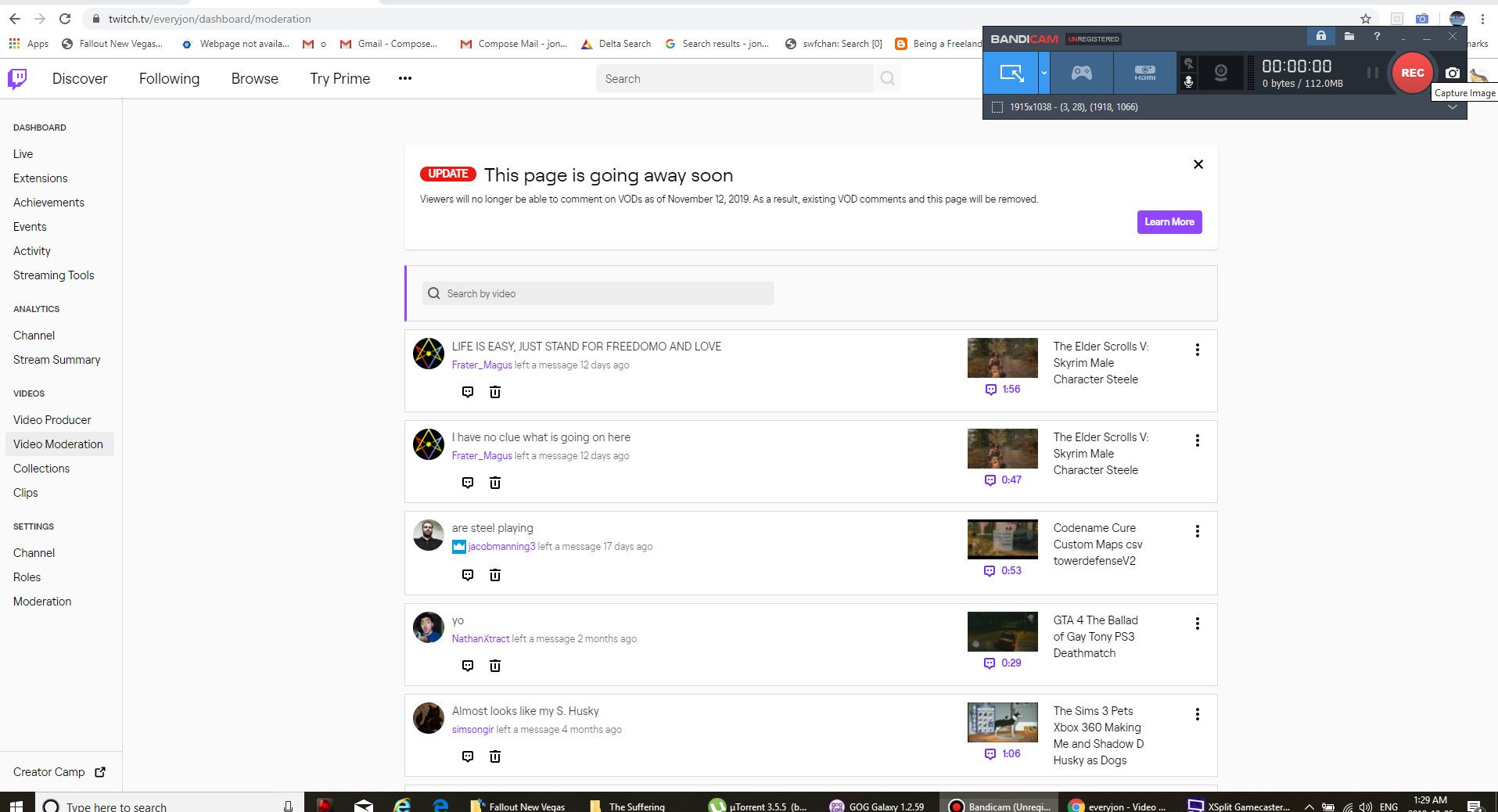 The news about the chat being disabled was rolled out silently. In fact, there was no big announcement about it and the only way most people found out was from visiting the VODs page where the notice is posted.

Some believe that Twitch may remove VODs in the near future or potentially stick them behind premium accounts to maximize profit. Of course, disabling the comments on VODs means that there’s going to be far less information provided by chat than what was there previously. While some people might argue that chat is useless or pointless or just trolls, sometimes the people in chat will offer more context or broader information on a video for people who may be unfamiliar with a controversy or a clip or certain people involved with the content they’re watching.

Nevertheless, expect the usual suspects to broadcast their approval for this thief-in-the-night style censorship of video chat.

(Thanks for the news tip Every Jon)