Capcom’s Street Fighter V may have been an abject failure when it came to launching with any kind of memorable content, but over time the company managed to infuse a lot of necessary updates and content patches into the anemic offerings, eventually giving gamers the kind of experience they expected from the series. Modders, however, have been the real champions of content when it comes to Street Fighter V, rolling out the kind of game-changing visual makeovers that have infused new forms of life and excitement into the fierce fighting entertainment software. One of the mods that you may have missed but is absolutely eye-catching is Chun-Li’s latex bodysuit, which leaves almost nothing to the imagination.

Modder TerryXX has an updated version of the Chun-Li latex bodysuit that you can download from over on his Patreon page.

YouTuber BlitzMightyN7 also rolled out a trailer earlier this month showcasing the suit in action both during in-game play and in the cinematics, which you can check out below.

I’m shocked that YouTube hasn’t terminated his account yet. They’ve been on a vicious shutdown spree after going full-blown Social Justice on anybody trying to have a little fun, or even wake the people up to the agitprop that platform holders and big tech have been forcibly rolling out over the people like corporate slave drivers. 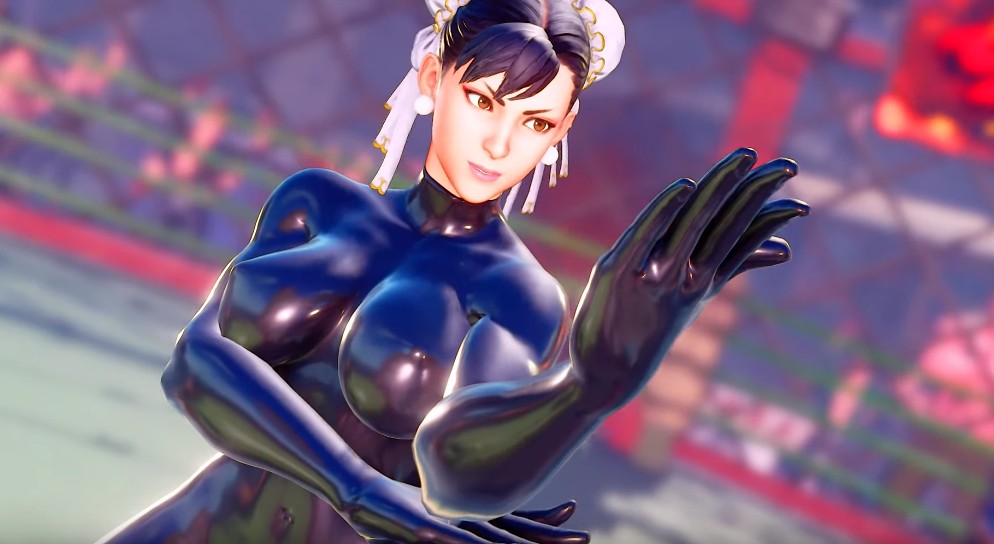 As you can see, the suit clings to every inch of the leggy fighter, so you not only do you get to see every inch of her shape, you also get the benefit of garnishes like the nipple protrusion on the suit that adds the kind of prurient appeal that would duly petrify a bulge no normal zipper could contain.

Regardless of what you think about Street Fighter V, you have to admit that some of those mods are historically epic. The mods are only available on the PC version of the game, though, so no sexy-time fun for PS4 owners.