Konami’s recently released Castlevania Anniversary Collection for the PS4, Xbox One, PC and Nintendo Switch has been quite the popular topic as of late. A lot of gamers wanted to pick up the collection to rekindle nostalgia from the classic games that spanned the likes of the 8-bit and 16-bit era, including games on the NES, Game Boy, Super Nintendo, and Sega Genesis. However, not all of the games made it into the collection intact. Konami seemed to exercise a little bit of censorship on the Kid Dracula re-release.

Twitter user FlutterDash noted that one of the bosses early in the game sporting the white costume and the swastika was edited to be removed.

@OneAngryGamerHD Small censorship on Castlevania Anniversary – On Nes version this boss enemy had a swastika on his forehead pic.twitter.com/XpLvNMt9bS

If you go back and look at the footage of the original Kid Dracula, which released in Japan as Akumajo Special Boku Dracula Kun, you’ll see that the boss originally had the swastika on its forehead.

Youtuber Final Boss Games All Bosses has a video that you can check out of the original game featuring the boss fight.

If you compare the original to the remastered version that was re-released on home consoles, you’ll note that the boss in the first level no longer has the swastika on its forehead.

A video walkthrough of Kid Dracula from the Castlevania Anniversary Collection was provided by Timodus. You can check it out five minutes into the playthrough.

You can see an image comparison below where between the new boss and the old boss. 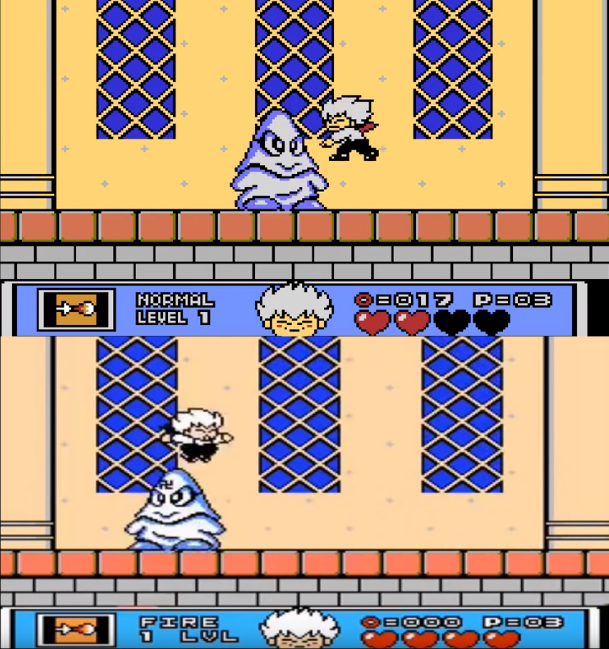 This seems to be par the course for today’s society, where anything related to seems to get censored. Heck, even symbols not associated with, such as the Buddhist manji (which looks like the swastika) also gets hit with censorship.

An animation convention recently prohibited attendees from even cosplaying asike” villains or organizations from popular video games and anime. An artist was removed from a concept contest because he drew a character as an evil  the year prior. Amazon removed racial identity books after the media claimed that the company was selling books”. And even Devolver Digital censored tattoos in the ‘M’ rated game Scum – which is a murder sim that takes place on an prison island – after receiving complaints.

This kind of censorship has been escalating to ridiculous degrees, so don’t expect it to ease up anytime soon.

(Thanks for the news tip Flutterdash)