A lot of people were looking forward to Netflix’s rendition of The Punisher after Frank Castle’s nascent appearance on another popular Netflix show that was cancelled, Daredevil. Actor Jon Bernthal put in his heart and soul into the role becoming what many thought was a very primal, on-the-edge rendition of Castle that was ready and willing to dish out punishment at a moment’s notice. However, when Castle was finally given his own show, it wasn’t quite as how he was written in Daredevil, and after two season – the second of which was “woke” – Netflix is pulling the plug.

LADbible is reporting that Netflix issued a statement confirming the cancellation, where they wrote…

“Marvel’s The Punisher will not return for a third season on Netflix. Showrunner Steve Lightfoot, the terrific crew, and exceptional cast including star Jon Bernthal, delivered an acclaimed and compelling series for fans, and we are proud to showcase their work on Netflix for years to come.”

This comes after the second season wrapped. It did so with a fizzle instead of a pop.

There was a lot of excitement heading into season two of The Punisher, with some fans slightly apprehensive about which direction the show would go, but most people were excited and thrilled that a second season was coming. Their biggest hope was that the show would ground itself more-so into the gritty lore of the Max run of The Punisher and veer away from any Left-wing political agendas. 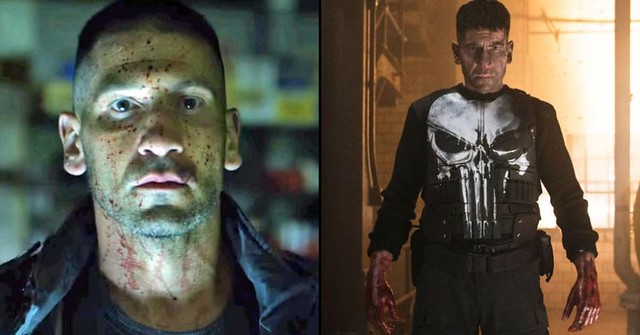 Alas, it did not happen and the show was promptly mired in “woke” politics even before it aired, attempting to generating buzz around an “Alt-Right” villain who was a Christian “extremist”. It didn’t work. This devastated the viewer confidence in the product and any hope of potential watchers, resulting in viewership tanking pretty quickly out of the gate.

The Punisher was left wing garbage. We stopped watching early, when the villains all turned out to be patriots or Christians.
Get woke go broke. https://t.co/w6wAFBUMcF

Over on Instagram, actor Jon Bernthal preemptively shared his own goodbyes to the character, even before Netflix made the announcement, writing…

“To all who have served. All who know loss. All who love and understand Frank and his pain. It has been an honour to walk in his boots. I’m endlessly grateful to the comic fans and the men and women of the Armed Services and law enforcement community who Frank means so much to. Thank you to the USMC and all the wonderful soldiers who trained me. Go hard. Be safe.”

The same took place for the very woke version of Jessica Jones as well, which will actually receive a third season before wrapping up.

“We are grateful to showrunner Melissa Rosenberg, star Krysten Ritter and the entire cast and crew, for three incredible seasons of this groundbreaking series, which was recognised by the Peabody Awards among many others. We are grateful to Marvel for five years of our fruitful partnership and thank the passionate fans who have followed these series from the beginning.”

Some fans think that the shows – along with other cancelled series such as Daredevil, Luke Cage and Iron Fist – might return as part of the new Disney streaming service, but there has been no confirmation yet that Disney has picked them up for syndication or continued production.

So as far as everyone is concerned, these shows got woke… and went broke.

(Thanks for the news tip king)