Square Enix and Tetsuya Nomura’s Kingdom Hearts 3 is a convoluted, jumbled, overwritten story that culminates nearly two-decades worth of storytelling into a 30-hour adventure for the Xbox One and PS4. However, if you want a quick summary of the game’s story and ending, this article will attempt to lay out the Kingdom Hearts 3 ending as simple as humanly possible.

The game starts and (mostly) ends with young Xehanort (darkness) and young Eraqus (lightness) playing a game of chess regarding “light” and “darkness” and the fate of the world.

The majority of the adventure is about Sora restoring the hearts of his friends and those who have been lost to the darkness, as well as recouping his power in order to face Master Xehanort to prevent him from opening the Kingdom Hearts.

Master Yen Sid sends Sora on a journey to restore his power after Sora nearly becoming a vessel for Xehanort. Sora, Donald and Goofy venture to Olympus to find Hercules in order to understand how to restore Sora to full power, but Hercules isn’t able to help. 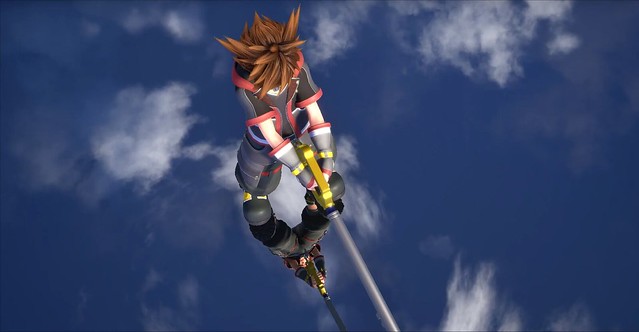 Meanwhile, Mickey and Riku attempt to find Aqua, who vanished beneath the darkness in the abyss, but the only way to do so is to have Ventus or Terra go into the abyss after her. The duo fail to retrieve Aqua and their keyblades are damaged during the journey. During a flashback it’s revealed that Aqua was waiting at the shore near the abyss for Mickey and Riku with Master Ansem, but she was knocked into the abyss during her battle with Xehanort, which is why she wasn’t there when Mickey and Riku arrived. Xehanort then captures Master Ansem in hopes of finding out the location of Namine.

However, one of the members of Organization XIII, Even intercedes by waylaying Xehanort with a small army of nobodies, and recruits Organization XIII member, Demyx, to get Master Ansem safely out of the way of the Organization. Even also tasks Demyx with capturing a Replica, which he brings to Master Ansem at the research institute, which is used to restore Roxas, whose heart was being kept safe inside of Sora. 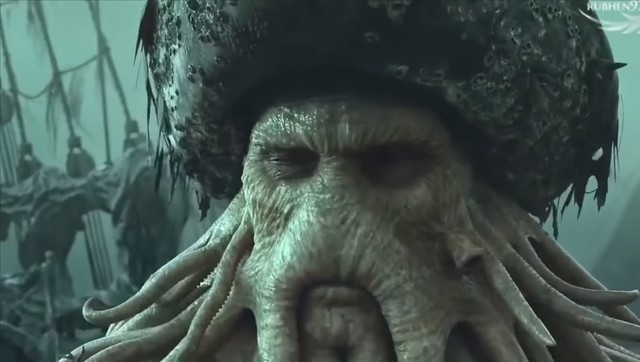 Even’s plan to restore Roxas’ heart into the vessel captured by Demyx is unbeknownst to Sora, which is why he attempts to regain his power by searching out for Roxas at Twilight Town.

Meanwhile Mickey and Riku figure out that Terra having gone missing is likely because he’s been taken over by Xehanort.

Sora, Donald, and Goofy proceed to travel to other worlds to protect bearers of the Light and fight against more Heartless in the Kingdom of Corona, Monstropolis, San Fransokyo, the Caribbean, and Arendelle. However, Organization XIII member, Vanitas, appears in Monstropolis to cut out Sora’s heart and take Ventus, whose heart joined with Sora when he was younger, along with Roxas, but Mike and Sully manage to defeat Vanitas after the villain dispatches of Donald and Goofy. 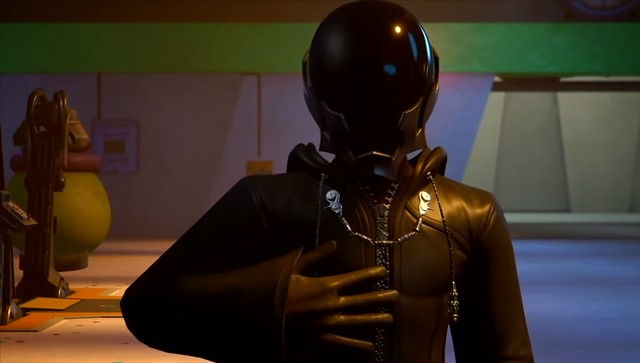 Sora attempts to stop various members of Organization XIII who are trying to find seven new hearts, in addition to the 13 hearts they’ve already gathered. The Organization attempts to recruit Buzz Lightyear, Rapunzel and Elsa, but are stopped by the trio of heroes at each turn.

It’s later revealed that Organization villain, Xemnas, brings back certain members of Organization XIII as part of a plan to make use of Replicas that are just like humans who will be used as part of Master Xehanort’s plan to unlock the 13 keyblades and open the Kingdom Hearts. 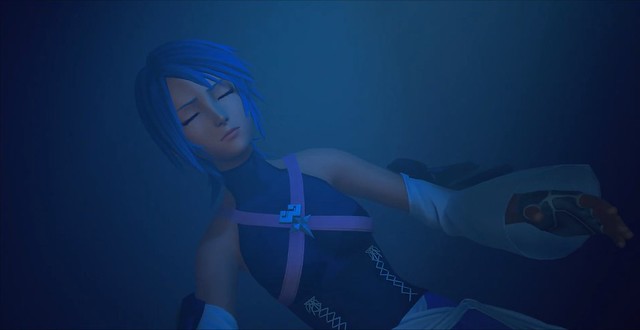 When Riku and Mickey are defeated after returning to the realm of darkness in search of Aqua, Sora manages to find an old keyblade from Mickey that can open the secret passageway to the shores of darkness. However, during the battle, it’s revealed that the darkness attacking Riku and Mickey is actually Aqua after she had been blasted into the water by Xehanort, and Riku and Sora battle her to free her from the darkness.

With Roxas having been freed, Axel and Kairi joing the group as well after undergoing keyblade training, and the seven guardians are assembled. 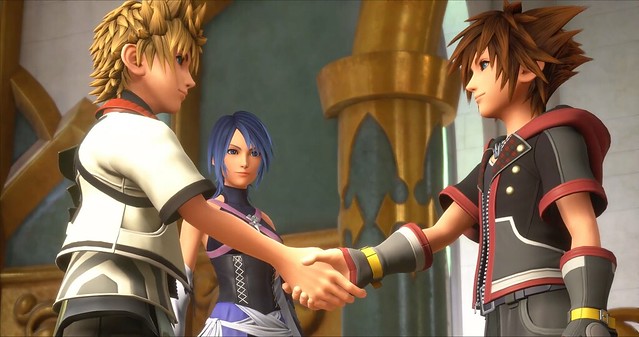 The seven guardians face off against some of Xehanort’s minoins in the keyblade graveyard, where it’s revealed that Xehanort had taken over Terra’s body and made him the Thirteenth member in Organization XIII. During the battle, however, all of the heroes are extinguished in the fight, including Sora and Riku, which leads Sora to the Final World where he has to piece himself back together. Sora has to chase down the hearts of his friends throughout the Sleeping Worlds to restore the hearts of his friends so that they can return to the keyblade graveyard and fight the Organization again.

While fighting in the graveyard, the guardians become overwhelmed, but Master Yin Sid comes to their aid, giving the group an opportunity to escape from the endless hordes of the heartless in order to face off against the thirteen members of Organization XIII.

Mickey and Sora manage to take out three of the members, Sora and Riku take out two of the other members, which frees one of the vessels from the Organization, which they then use for Namine. 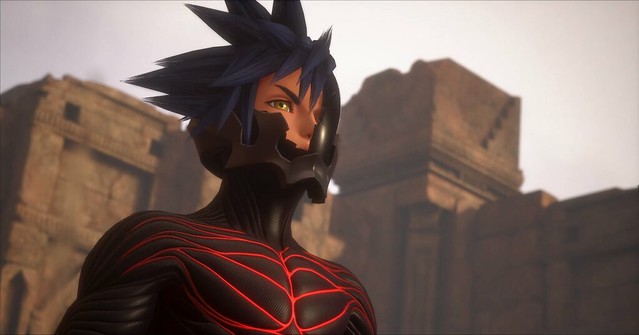 During the fight with Xemnas, both Xion and Roxas comes to the rescue of Axel, Sora, and Kairi, thanks to Master Ansem restoring Roxas through the vessel that Demyx brought them, and Sora helping Roxas’ heart return to the vessel. While the others are distracted, however, Xemnas takes Kairi during the fight.

Aqua, Ventus and Sora eventually defeat Vanitas and the evil version of Terra, freeing Terra from Xehanort and destroying Vanitas.

Xigbar, Young Xehanort and Xemnas are then defeated, as old Xehanort attempts to collect more keyblades from the guardians of the light in order to complete the thirteen keyblades and open the Kingdom Hearts. 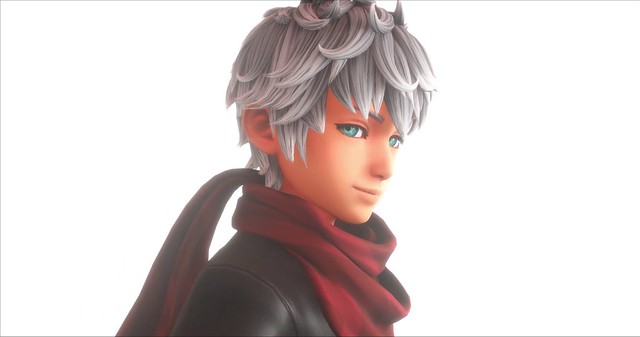 Unfortunately for the heroes, defeating the members of Organization XIII actually gave their dispersed hearts over to Master Xehanort. The final key is then acquired after Xehanort strikes down Kairi and opens Kingdom Hearts. However, the keyblade masters team up and use their blades to open a portal and travel to Master Xehanort’s citadel for a final showdown.

Together, with the help of Donald and Goofy, Sora is able to overcome Master Xehanort’s ultimate keyblade attack and defeat him. After being defeated, Xehanort reveals that his ultimate goal was to wipe out all of the world’s corruption by using the Kingdom Hearts to remake the world anew in his image.

Eventually the rest of the guardians of light appear and the spirit of Master Eraqus convinces Master Xehanort to relinquish the keyblade before fading way into the light together. 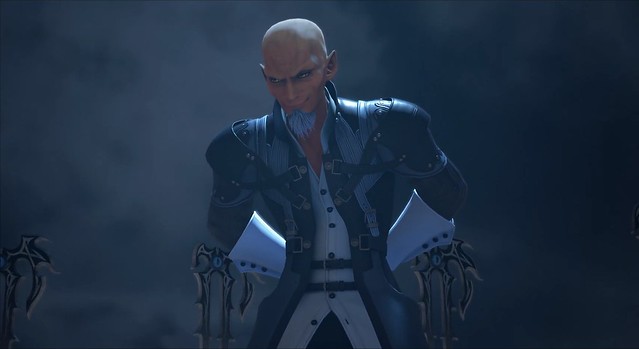 The guardians use the keyblade to close the Kingdom Hearts and return back home. Sora, however, ventures off from the rest of the group into the unknown to master the power of waking and to find and restore Kairi.

During the ending sequence, it’s revealed Namine was restored through the vessel that the heroes recovered during the fight in the keyblade graveyard and she wakes up from her sleep. The ending sequence also reveals that as the others are gathered on the beach, it shows that Sora managed to return Kairi… but then he fades away.

In a post-credit scene, it’s revealed that Xigbar is actually Luxu from an ancient time long before the current formation of Organization XIII. Luxu manages to get his hands on one of the keyblades that Master Xehanort had used to open the Kingdom Hearts. Luxu also has the black box that Maleficent and Pete were looking for throughout the game. Maleficent looks on from the distance.

In a secret ending it’s revealed that Sora and Riku end up in the “real” world, along with a member of Organization XIII who stands atop a building and makes a heart shape over the moon, indicating that they’re willing to reopen Kingdom Hearts and reshape the world… again.

The game ends with the title: Reconnect: Kingdom Hearts.

TL;DR: A spiky haired kid named Sora tries to get strong so he can go fight an impotent old man named Xehonart (voiced by the incomparable Rutger Hauer) and prevent him from gathering thirteen keyblades and using them to open up the Kingdom Hearts where the evil old man plans on destroying and reshaping all of the worlds. Sora, along with a gang of colorful-haired keyblade warriors and some unlikely Disney companions, use the power of friendship to stop Xehonart, restore peace to the galaxy, and live happily ever after… save for the fact that at the very end Sora vanishes while sharing a tender moment with his childhood sweetheart, Kairi.