A lot of normies and casual gamers are oftentimes lured into the false narrative by uneducated journalists and media propagandists into thinking that every new game that comes out is an upgrade over its previous iteration. However, as evident in the new video comparison between 2014’s Assassin’s Creed: Unity and 2018’s Assassin’s Creed: Odyssey, you can very obviously see that just because a game is newer doesn’t necessitate that it’s better.

YouTuber Swiftly Unknown posted up the comparison video back on October 13th, 2018 featuring nearly 12 minutes of comparison footage between both games when it comes to parkour, combat, traversal, NPC behavior, and crowd density. It’s rather obvious which game comes out on top in every single category. Check out the video below to see it for yourself.

First and foremost, you can see that the parkour in Assassin’s Creed: Unity is unparalleled to any other game currently on the market. It’s not hard to see that the character animators put a lot of passion and love into designing and optimizing Arno’s movement.

It’s hard to find another game that even comes close to matching the fluidity of Arno’s movement. In particular, notice how the frame-blending between his leap transitions and his grab animations are 100% synched to whatever his destination is, so it always looks as if how he moves and where he moves is intentional.

Some of you might notice that this is a huge step up from Assassin’s Creed IV and previous entries in the series where the characters would sometimes adjust their positions midair, resulting in their upper body sometimes clicking to the new position. Other times they would pop to their intended position, or make micro-adjustments as players attempted to reposition the characters during the parkour. Ubisoft’s expert animation team managed to solve this problem and create what looks like digital ballet in motion for Assassin’s Creed: Unity, all while still enabling the player to exercise freedom of movement in any direction. Also, the little spinning-hop when leaping in the opposite direction is just perfection.

For Assassin’s Creed: Odyssey the animations are smooth, no doubt, but they’re awfully generic. Also the levels are no longer as vertical, so parkour is no longer as necessary as it was in Unity. Also note that Alexios moves less graceful and a lot slower than Arno. This definitely creates a slower pace in the character movement when traversing through the environments.

Also, Arno and the other characters seem to be scaled at proper human height, whereas Alexios looks like a preteen boy pretending to be man. 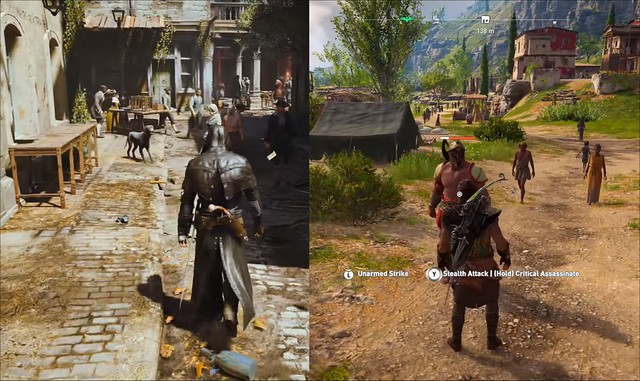 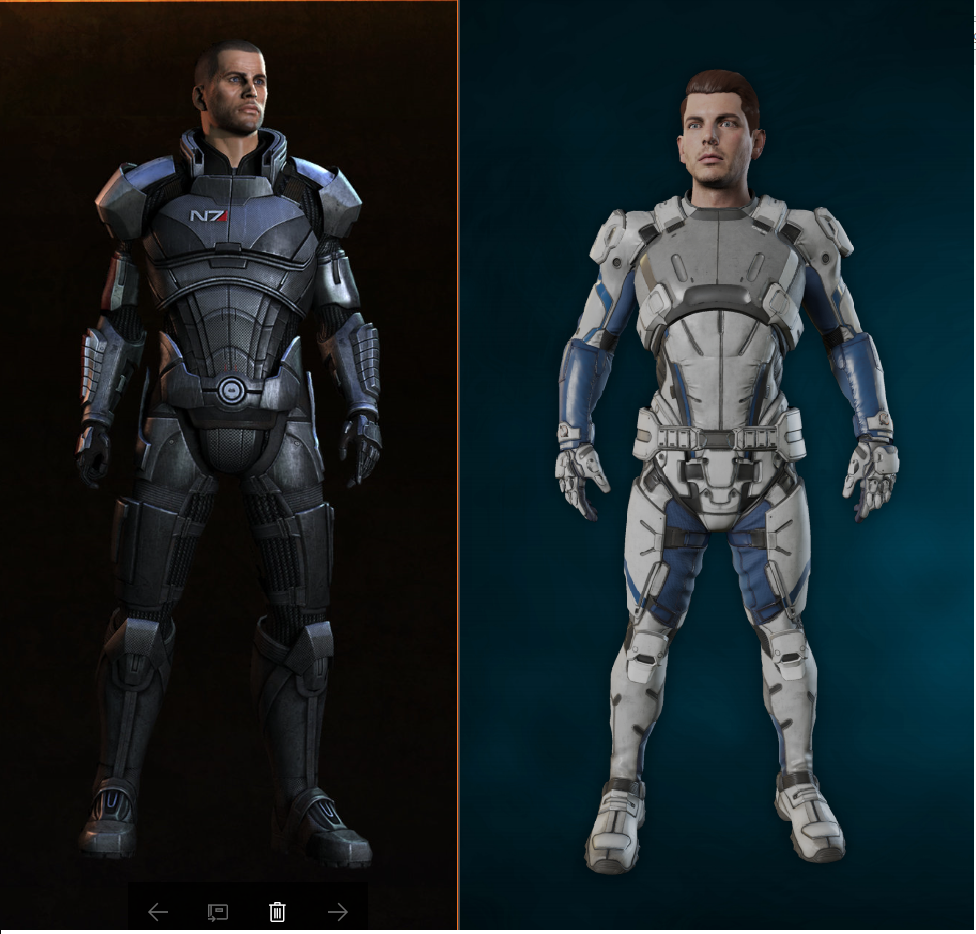 There’s no comparison really. Assassin’s Creed: Unity  wrecks Assassin’s Creed: Odyssey in every facet of its battle system. The combat looks 100 times more cinematic and entertaining in Unity. You’re not just spamming the dodge button like a poor man’s Dark Souls, you’re actually engaging in the fight and staying in the face of the enemy while using blocks and parry moves to thwart their advances.

That’s not to mention that there’s ZERO fight tension in Odyssey. The fights in Unity are fast and snappy and you can die just as easily as you can kill, so the entertainment investment is so much higher because the stakes are higher and the moves, the strikes, the parries, and the dodges all have weight and meaning. It’s not just about exercising a flurry of worthless strikes until the health bar depletes.

Some people might make the excuse that Odyssey’s combat looks as awful and clunky and about as thrilling as two crutch-wielding geriatrics trying to fence because it’s an RPG, but let’s not forget that The Witcher and Monster Hunter are also RPGs and their combat looks far better and more enthusiastic than the derivative mess that’s in Odyssey. Once again, Assassin’s Creed: Unity takes the cake in this category with ease. I’m somewhat amazed that this four-year-old game has such dynamic crowd diversity and density, as exemplified all throughout the video above. You can clearly see that the NPC controllers spent a lot of time making sure that path nodes and group behavior were implemented to feel organic, so it seemed like Arno was actually moving through a packed throng filling up the streets from top to bottom.

Now there are going to be Ubisoft shills and fanboys who will make the excuse “Well, there weren’t that many people back then in Greece so that’s why everyone looks about as empty as a proctologist’s office”. Obviously, it’s either Ubisoft trying to cut corners to maintain frame-rate, a diversity hire who didn’t know how to optimize crowd density for the eight-gen twins, or a mixture of the two. Either way, Odyssey loses this category in spades. The cities are sparsely populated, and there appears to be no area where the NPCs are densely packed with large crowds. Apparently the only Assassin’s Creed: Odyssey NPCs you’ll find in abundance are located on social media. Is there even any stealth in Assassin’s Creed: Odyssey? There’s literally a contextual gesture to perform a “stealth” kill while standing right in front of a character. Even the attempted stealth maneuver is performed with all the grace of a wheelchair-bound cerebral palsy victim attempting perform a pirouette.

During the latter half of the video we see Arno performing a series of stealth kills, some of which look so good I nearly stood up and clapped. The scene at the 9:52 mark in particular is just pure bliss. He takes the guys out like a pure boss… like a true Assassin. It gives the game the kind of hook that’s needed to not only retain the interest of the player but also the interest of the watcher(s). That element is completely absent from Assassin’s Creed: Odyssey just like the green cards for many blue wave voters.

In the end, I don’t know why you would want to play a downgraded experience like Assassin’s Creed: Odyssey unless you really, thoroughly enjoy the RPG-oriented grinding experience for which Ubisoft has structured the game. But now that Assassin’s Creed: Unity is patched to actually work as it intended to, it definitely comes across as a far better game based solely on the mechanics and gameplay systems.