15465600cookie-checkGeneration Zero Is Like A Masculine Version Of Horizon: Zero Dawn… With Gunsno
News

Generation Zero Is Like A Masculine Version Of Horizon: Zero Dawn… With Guns

Set in 1980s Sweden, gamers will take on the role of freedom fighters attempting to liberate the idyllic countryside from the menacing foreign invaders, hoping to bring back peace and prosperity to the once rich and idealistic country.

For those of you hoping that this would be a religious war game, you’re probably going to be disappointed to find that the villains aren’t flesh and blood from a violent sect, but are actually iron and steel robots of varying sizes.

These titanium terrors need to be put down, and only generation zero can do it. Players will take on the role of a rebel, and take up arms against the mechanical forces threatening the survival of humanity. You can check out the first gameplay trailer for Generation Zero below, courtesy of Gamers Walkthrough.

The trailer for the game arrived ahead of its debut in Los Angeles at this year’s E3 2018 event.

Developer Avalanche Studios seems to be branching out from their Just Cause ways and are dabbling in a different kind of open-world, sandbox experience.

We see that players will have a nice cache of weapons at their disposal, including bolt-action rifles, pump-action shotguns, and rocket-propelled grenades.

The weapons are based on the sort of armament available during the 1980s or prior, so don’t expect weapons like the FN SCAR, the G36, or the XM8 to make an appearance.

It is at least cool to see that Avalanche decided to take players to a foreign setting that we don’t usually get to visit in games, rummaging through the Swedish houses and exploring the vast expanse of valleys, forests and mountains while battling killer robots.

From the outset this looks like the kind of game that Horizon: Zero Dawn should have been; a masculine, testosterone-fueled third-person shooter with plenty of heavy-hitting arms to use against deadly, mechanical foes. 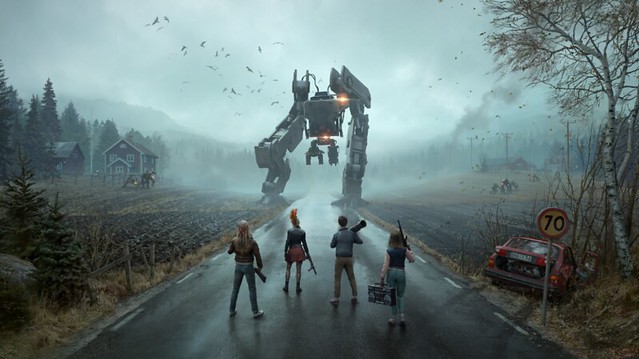 Guerrilla Games wimped out, though. They decided to strip Aloy of guns, and force her to rely on traps and bows. The game lost a lot of its appeal as Guerrilla attempted to appease Leftist who are anti-gun. Thankfully, Avalanche Studios seem to be picking up the ball that Guerrilla dropped.

According to the Xbox News post, the game is described as a “guerrilla action game”, as players will need to use smarts and tactical awareness to overcome the odds.

The game is due for release in 2019 for PC, PS4 and Xbox One. Anyone who has been hard-up for a really hardcore game where you’re taking on robotic mechs in a Red Dawn scenario set in Sweden, you’ll likely want to keep an eye on Generation Zero.

We also offer you to use our cheats if you have any difficulty through the game, it can help you to finish the story faster.