Now that Outlast 2 is out and a bunch of gamers on Xbox One, PS4 and PC are deep-diving into the game, they’re discovering that there’s a lot more going on than meets the eye. There are also some light theories explaining the story in the game and the ending that left a lot of people completely confused. Hence, this article will attempt to explain the ending for Outlast 2.

The story starts with Blake and Lynn Langermann flying into Temple Gate, Arizona to discover how a young pregnant girl strangled herself to death after escaping from the town. Lynn makes a conspicuous remark about her diaphragm being uncomfortable before the helicopter goes down following a bright flash of light, which many relate to being a flash from a much larger version of the Murkoff Corporation’s Morphogenic Dream Engine.

Following the crash, the pilot is flawed alive and burned over a stake, and one group of cultists, led by Reverend Knoth, capture Lynn and examine her to see if she’s pregnant. After escaping from the cultists and meeting up with Blake again, Lynn informs him that she’s pregnant, even though the two of them haven’t had intercourse in “months”.

After Knoth and his cultists discover that Lynn is pregnant, according to their gospel she is carrying the anti-Christ and her and her baby must be killed, along with the father, Blake. 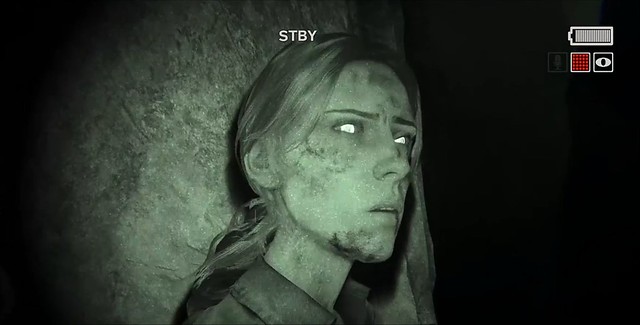 Before Knoth’s men can kill the couple, a group of heretics that are rivals with Knoth’s group show up. The heretics are led by Val, a lecherous and violent deviant who serves a different god that seeks to usher in the anti-Christ. Val and her heretics make it their duty to protect Lynn and ensure that she gives birth to the baby, while Val repeatedly attempts to molest and rape Blake.

After Val takes Lynn to the mines, Blake discovers that Reverend Sullivan Knoth has created his own perverted version of the Bible, and has been raping the young women in the town and killing their babies. It turns out that the woman who escaped the town was the daughter of a man named Ethan, who attempts to help Blake. Ethan explains how he just wanted his daughter to be safe and free from Knoth’s perverted cult, and he helped her escape after she was raped and impregnated by Knoth. However, Blake doesn’t tell Ethan that his daughter later died shortly after escaping Temple Gate.

Before Blake can properly heal up while hiding under the floorboards in Ethan’s home, Martha, a self-proclaimed servant of god, comes in to question if Ethan is hiding Blake or Lynn in his home. Ethan lies and Martha kills him.

Martha continues to hunt Blake throughout his journeys as he attempts to make his way to the mines. Throughout the tale Blake regularly passes out and experiences lucid dreams after the initial microwave flash that took down the helicopter. The Moprhogenic Engine sees Blake returning to a traumatic moment from his childhood, where he blacks out and sees a girl from his past named Jessica whose death had been staged to appear as if she committed suicide after she was ravaged by one of the Catholic school’s priest named Father Loutermilch. 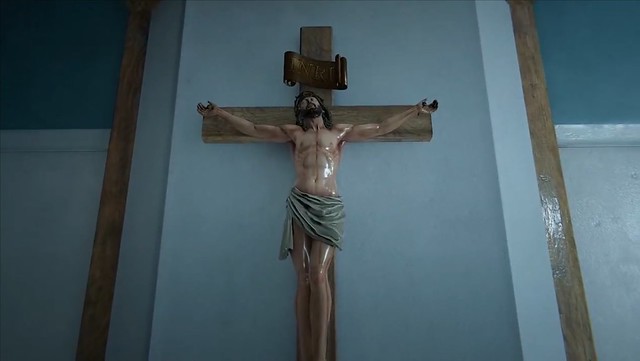 Blake continually calls back to these flashbacks over the strong guilt he never let go of the day that Jessica was attacked. Father Loutermilch called Jessica into his classroom alone, but Jessica begged for Blake to stay with her… even though Blake wanted to stay, Father Loutermilch forced him out of the room and told him to go home. While walking down the hall toward the exit, Blake heard Jessica’s screams and ran back to find her fleeing from Loutermilch toward the stairwell. By the time Blake reached her she was bloodied and bruised. The aftermath of the events and the trauma from the attack led Loutermilch to stage Jessica’s apparent suicide, and Blake blamed himself for it ever since.

The Morphogenic Dream Engine resurfaced these lucid thoughts within Blake’s mind, causing him to meld the tragic and traumatic experience with Lynn with the trauma and guilt he felt when the tragedy befell Jessica.

Back in the real world, Blake eventually makes his way into the outcasts’ camp on his way to the mines, which is filled with diseased and dying people suffering from untreated gonorrhea and syphilis. The camp is managed by Deacon Laird, a deformed and diseased man who rides on top of a large, diseased brute, not unlike Master Blaster from Mad Max: Beyond Thunderdome.

Blake is crucified by Laird and his men, which they believe is part of the prophecy in the book of Ezekiel that Reverend Knoth uses to preach unto his cult members. Blake, however, manages to survive, free himself from the cross, retrieve his equipment, and escape from Laird and his men. In the ensuing pursuit, Laird is accidentally killed by his own followers when he’s pushed from a ledge into a pile of refuse.

Blake finally travels to the mines where the heretics are located, and he encounters Val once more. Blake is drugged by one of the heretics and is violently raped by Val in front of his wife Lynn, who they have strung up on a fixture as they prepare for her to give birth to the anti-Christ. Lynn cries out in pain and agony while Blake is helpless to do anything, drugged and overcome by the lasciviousness of Val. Blake then passes out from the trauma.

Upon waking up, Blake sees that Knoth’s men have finally caught up with them and have begun killing the heretics. Blake manages to find Lynn and the two of them escape from the mines so that she can give birth to the baby, however they’re waylaid by Martha, wielding in her hands a scythe. Before she can kill Blake, a cross-shaped metal shrapnel impales her during a violent storm.

Lynn and Blake eventually trek through the storm toward the chapel, where Lynn finally gives birth, only to remark in her dying breath… “There’s nothing there.”

Reverend Knoth sees the couple and takes a seat on the bench, noting that “god is silent” and feels as if he’s done everything he was supposed to, but since their god no longer answers him, he feels the only way he can get answers is if his god speaks to him through death, thus he slits his throat and collapses over from the pew.

Blake takes the baby in his arms, and remarks that she’ll get to live and that things will be set straight. In a final flashback sequence, a deceased Jessica comes to Blake in a hallucination saying that he never left her and she’ll never leave him, kneeling to pray as the credits begin to roll. 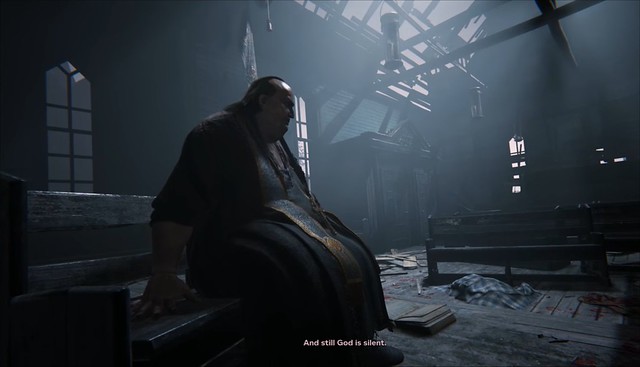 TL;DR: Lynn and Blake end up in a town that appears to be under the influence of Murkoff’s Morphogenic Dream Engine, which is a highly advanced device that can draw lucid hallucinations from people and cause severe delusions and mental discombobulation. Two groups of cultists are fighting amongst themselves in the village of Temple Gate, and one group believes that women have the potential to give birth to the anti-Christ and must kill theand mothers, while another group believes they must bring the anti-Christ into the world. Both groups are murderous rapists.

The anti-Christ cultists capture Lynn when they discover she’s “pregnant” and protect her until she gives birth. Blake attempts to save her. However, when Blake finally rescues Lynn and helps her give birth, Lynn says there’s “nothing there”, leading many people to believe that it was a shared hallucination that Lynn was pregnant, when in reality she really wasn’t. Many also believe that the baby was a manifestation of a rebirth of his childhood friend Jessica, and was Blake’s attempt to absolve his conscience over her depicted suicide following the attack from the priest, Father Loutermilch.

Throughout the game the Walrider nanite neuro-consciousness appears infrequently as locusts and in Blake’s flashback sequences, tying elements of Outlast 1 with Outlast 2.