Red Candle Games’ Detention managed to get a lot of attention for its realistic and very horrifying themes captured in a surrealistic way. The visceral depiction of hurt, love, loss, depression, nationalism, fascism, patriotism, freedom and jealousy swirl in an oscillating mix of visually oppressing imagery fused with a crescendo of tragedy told in a poetic way. For those looking to better understand what takes place in the endings of Detention, hopefully this little guide will help out.

The story centers around the retelling of events that tragically affects the lives of students Wei Chung Ting and Ray Fang, along with Ms. Yin Tsui Han and counselor Chang Ming Hui.

The game starts with the memory of Wei Ting, drifting off to sleep during the middle of class and waking up in an empty room with warnings of a typhoon being inbound. Wei finds no one in the area and decides to venture outside, eventually coming across a girl in the auditorium sitting alone… in a chair… on a stage.

The girl’s name is Ray Fang… the two converse briefly about how they’re going to survive the night with the typhoon inbound. They attempt to cross a bridge but find that the bridge is out and instead of a raging river of water,  blood fills the riverbank as a raging and undying torrent. 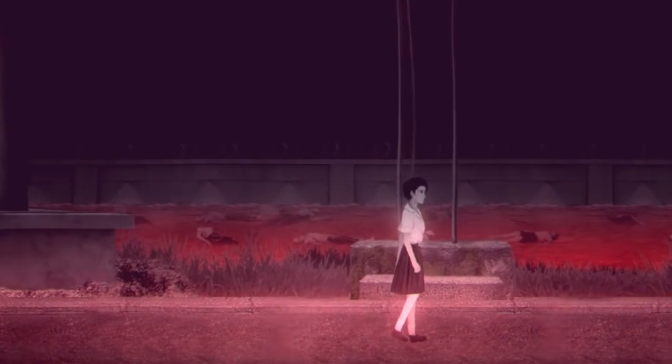 Things begin to break down and the fabric of reality cracks under the weight of past sins.

The story shifts and the character dynamic sways, putting the perspective squarely on Ray and the torment that is the torrent raging in her mind… a mind adrift in the afterlife. After talking with Wei for a short bit she blanks out, she comes to only to see Wei hanging upside down from the ceiling. Her classmate, dead.

Ray’s descent into madness is a journey on the pathway to redemption, the school girl hides and flees from demons and restless spirits in an unforgiving underworld of confusion, torment and pain. However, the cerebral surrealism of her school turned into a factory of nightmares actually turns out to be a coping mechanism – pain that she was dealing to herself in order to take accountability for the lives she ruined and the damage she caused when she was alive.

The game slowly turns its horror themes around and begins a slow journey into the introspecting Ray’s psyche.

It’s revealed that Ray came from a troubled home. Her parent’s marriage descended into drunken fights, depression and abuse. Ray’s father would come home drunk or stumbling through the door only to find the elude the comfort of bed for the sordid taste of a filthy floor, passing out from his long nights out.

Ray’s father could no longer satiate his palate with the sting of alcohol; his sorrows and anger no longer suppressed by the bitter liquids of a bottle. Her father began to seek the comforts of the devil’s playground, and the bosom of fornication.

Ray helped set a private investigator on the trail of her father, eventually leading to his arrest, as her mother informed her that her father would be going away for a time due to “getting his hands dirty”.

Ray, meanwhile, was being consoled by a school counselor, Mr. Chang Ming Hui. Mr. Chang and Ray developed a bond; he was an escape from the torment of home, she was passage into the pleasures of youth.

Jealousy was the undoing of their forbidden journey into ecstasy. An exemplary young woman who came from wealth named Ms. Yin Tsui Han discovered Mr. Chang and Ray’s affair, and threatened him to end it. Ms. Yin reminded Mr. Chang that they, too, had once shared in the fires of forbidden passions with one another. 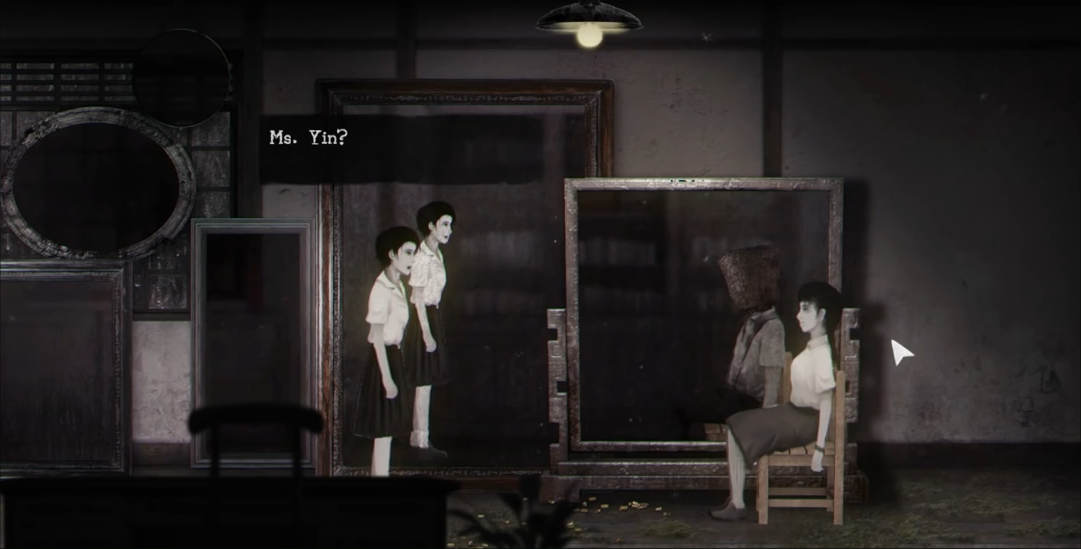 Mr. Chang heeded Ms. Yin’s imperative plea for the affair to end with Ray. Mr. Chang cleared Ray with a counselor’s note, and stopped talking to her for good, breaking her heart and what little faith Ray had left in her fickle impressions of mankind.

The broken home, the loss of Mr. Chang, and the reminder of their love with the White-Jade Deer pendant set Ray on a path towards immolation.

Ray’s plan was already set in motion… she was aware of a secret book club that Mr. Chang was a part of. She learned of the club through Wei Ting. The leader of the club was none other than Ms. Yin Tsui Han.

Ray’s first step in destroying the life of the one who destroyed her love was by going to the police and snitching on the secret book club. She told the officer of Mr. Chang supplying Ms. Yin Tsui Han, Wei Ting and others with books that the Taiwanese government had previously banned by fiat.

Mr. Chang was arrested and sentenced to death.

Wei Ting and the others in the book club were arrested and sentenced to 15 years imprisonment.

Ms. Yin Tsui became wanted, and had to flee the country, becoming an activist for human rights in her travels. At the age of 50, Ms. Yin Tsui Han’s life succumbed to lung cancer.

Unable to live with the guilt, the accusations of being a snitch, and losing the love of her life, her family, and any chance at a normal life, Ray Fang took her own life by leaping from the top of the school building.

However, years later, after getting out of prison from being pardoned, Wei Ting would revisit the school. Much older, his youth fled from him like the gasps of air escaping from the lungs of a tired old man. The game’s credits roll as Wei reflects on how their lives unraveled at the school, leading him to lose so much while imprisoned, including his mother, who died while he was locked away.

If Ray comes to terms with what she’s done, and takes accountability for the destruction of others’ lives, the credits will roll as Wei sits at a table at the abandoned Taiwanese school, reflecting on the past, while across from him the ghost of Ray sits solemnly, remorseful and filled with sorrow. The two stare longingly at each other, reminiscing of a bygone era.

There’s also an alternate ending… an evil ending. YouTuber HarshlyCritical shows you how to achieve the bad ending of the game.

Essentially, by choosing not to embrace Ray’s fate and opting to avoid responsibility, Ray will receive a much different outcome… one where she hangs herself from shame and no longer achieves redemption for her sins in the afterlife. Her soul damned to an afterlife of misery and pain.