After waiting a decade to play Final Fantasy XV, a lot of gamers have been pouring hours into the title. The highly anticipated JRPG is rich with story and complex character motivations, and some gamers curious about what all of it means and how it ties into the ending, well this article will help lay out the basics.

Final Fantasy XV starts before the tragic events that take place in Kingsglaive: Final Fantasy XV. Just before the signing of the peace treaty between King Regis and Niflheim’s Emperor Iedolas Aldercapt, Regis sends his son Noctis off to marry Lady Lunafreya.

The marriage has been planned years in advance and Noctis and Luna have known each other since childhood. Noctis is joined by his friend Prompto, his guardian Gladiolus and his mentor Ignis. The four make the journey to Altissia for the marriage but are stopped when when they receive news along the way that their capital city Insomnia was attacked by Niflheim forces and that King Regis was killed during the attack.

The Niflheim forces used the peace treaty as a ruse in order to invade the Insomnia capital and steal the crystal that powered and protected the kingdom of Lucis.

One of the Kingsglaive elite guards named Nyx was able to ward off the attack on Insomnia after the Empire stole the crystal that protected the city from daemons. However, Nyx and three of the six magical guardians die in the process of bringing down an arch daemon that was wrecking havoc on Insomnia. Nyx also manages to take down the leader of the Kingsglaive, Titus Drautos, who betrayed King Regis.

Noctis meets up with another member of the Kingsglaive, Marshal Cor. He’s instructed by the Marshal to retrieve power from ancient tombs of Lucis in order to get strong enough to bring down the Empire and rid the land of daemons. Along the way they meet the mysterious Chancellor of the Empire named Ardyn, who helps them on multiple occasions. 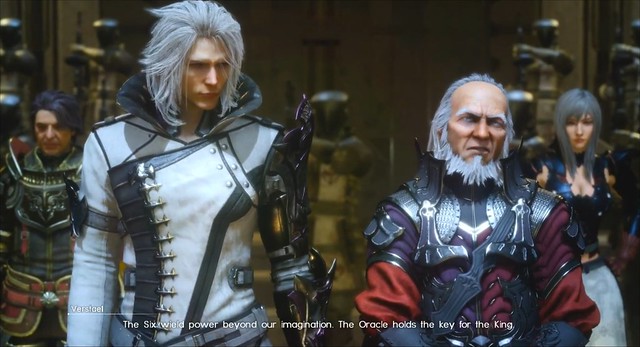 The Empire seeks to capture Noctis and his friends, forcing them to stay on the run whenever they encounter too many Imperial forces. Nevertheless, the boy band still attack their bases and wipe out small numbers of the Imperial troops whenever possible.

While continuing the mission to get stronger and reclaim his throne from the Empire, Noctis learns that he not only has to retrieve the power from the tombs of Lucis’ past kings, but he must also prove himself worthy of the power of the ancient beasts, which sees him having to “tame” a Titan, a Leviathan, the goddess Shiva and Ramuh. Noctis manages to complete the tests for Ramuh and the Titan, but upon venturing to Altissia to deal with the Leviathan, things go sour.

Noctis and Luna work together to tame Leviathan, but in doing so Noctis is knocked unconscious and and Ardyn flies his ship down and proceeds to stab Luna in the stomach. 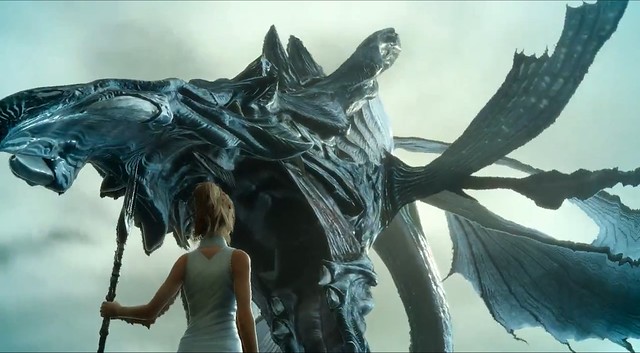 Luna ends up dying but she gives Noctis the ring of power before doing so. The ring originally belonged to King Regis, but it was cut from his finger during the fight that broke out in the citadel at the capital during the Niflheim invasion. Previously, Luna’s brother Ravus attempted to take the ring during the attack against King Regis but the spirit guardians rejected Ravus’ request for power and took his arm instead. Before dying, Regis retrieved the ring from Ravus and gave it to Luna for safekeeping so that she could return to it Noct. 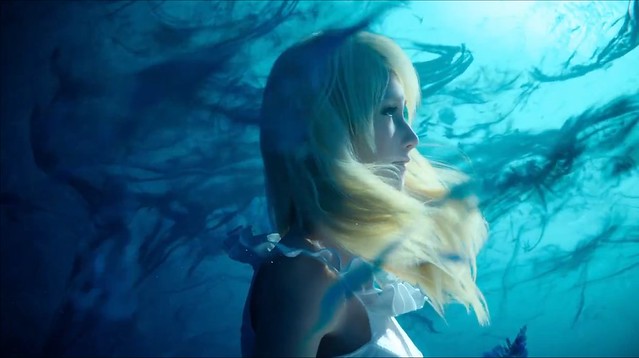 After Luna dies, Noct and the others continue their journey to retrieve the rest of the power from the tombs. But more tragedy strikes as Ignis reveals that he’s completely lost his eyesight after the battle with the Leviathan. As the four boys reconcile their mission the Imperial forces attack the train they’re riding on and Ardyn uses the opportunity to trick Noct with a spell to get him to attack Prompto during the fight with the Empire, causing Prompto to fall off the train.

Ardyn captures Prompto while Noctis, a blind Ignis and Gladiolus reach Shiva and Noctis is given her blessings. However, Ardyn ends up taking away Noctis’ powers, forcing them to travel to Gralea, the capital of the Empire. 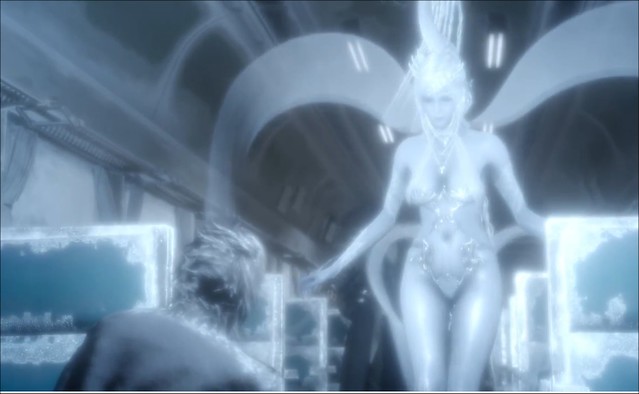 Without any weapons, Noctis is forced to wear the ring given to him by Luna to destroy small nearby daemons. He eventually happens upon the body of Ravus, who had taken King Regis’ sword during the attack on Insomnia. Ravus, however, is killed by Ardyn and has his robotic arm severed. Noct recovers Regis’ sword from nearby Ravus’ body and proceeds to rescue Prompto and recover the crystal.

Things don’t go as planned, however, and Noctis is sucked inside the crystal where Bahamut explains that his lineage is supposed to protect the world from daemons. It turns out that Ardyn Izunia’s real name is Ardyn Lucis Caelum and thousands of years before he was supposed to be the proper heir to the throne and protect the world from daemons. However, Ardyn was used by the king to heal the people by exorcising the daemons and storing them in his own soul. Ardyn grew extremely powerful but was ostracized by the Lucis king and cast out.

Ardyn – due to the powers gifted to him – became immortal and was denied a right into the afterlife due to the amount of taint on his soul from the daemons he held within – the same daemons he saved the people from.

Unable to rest in peace and unable to die, Ardyn bid his time well, soothe saying the Emperor of Niflheim and becoming the Chancellor for the Empire. He plotted, meanwhile, to overthrow the Lucis King and take back his kingdom. 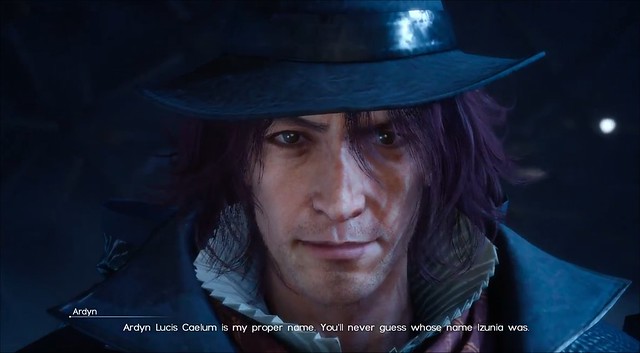 Bahamut explains to Noctis, however, that it’s possible to kill Ardyn, but he has so many daemons trapped within that it would take a great deal of power and a great sacrifice to purge Ardyn’s soul from thousands of years of having daemons tainting his being. Thus, only the chosen champion who merges all the crystal’s power into the ring can defeat Ardyn, but must do so at the expense and sacrifice of his own life and with the help of the past Lucean guardians in the realm beyond.

King Regis knew that Noctis would have to give up his life to save the land, and Luna also knew since she was an oracle, and her job was actually to help aid the chosen one in securing enough power in order to complete the task of ridding the world of daemons. Both Regis and Luna never told Noctis about his true fate, leading him to believe that he was actually being groomed to be king over Lucis and that he was supposed to marry Luna and rule honorably. In reality, he was being groomed to die.

The process of Noctis combining with the crystal takes place over the course of a decade, and Noctis ends up on Angelgard. He manages to return to Galdin Quay and meets up with the rest of the boy band who are now ten years removed from their youth. 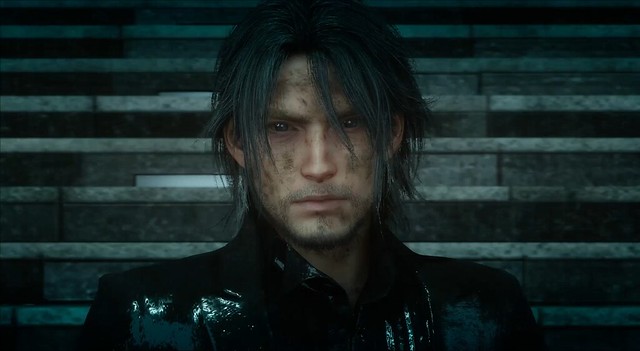 A decade on and Ardyn’s spread of darkness has taken over Lucis, with eternal night basking the land in a scourge of daemons. Noctis manages to reunite with the boy band and they make one final assault on the capital of Insomnia, where Ardyn has usurped the throne.

Prompto, Gladiolus and Ignis presumably die while fending off the throne room from a horde of demons. In a one-on-one fight Noctis manages to defeat Ardyn with his newfound power from the crystal, but the only way to fully upend the daemon infestation is to purge the soul of Ardyn in the afterlife. Thus Noctis gives up his own life in order to use the power of the Lucean lineage from the realm beyond, and he’s aided by deceased loved ones such as Luna, Regis, Prompto, Gladiolus and Ignis, so that he can purge Ardyn’s soul of daemons and cleanse Lucis of the forever night with which the land was cursed.

A mid-credit scene reveals that Noctis had difficulty expressing his feelings to the rest of the boy band during their final night before attacking the capital of Insomnia. The four of them reconciled that it would be their final night together before they would have to give up their lives for the world. 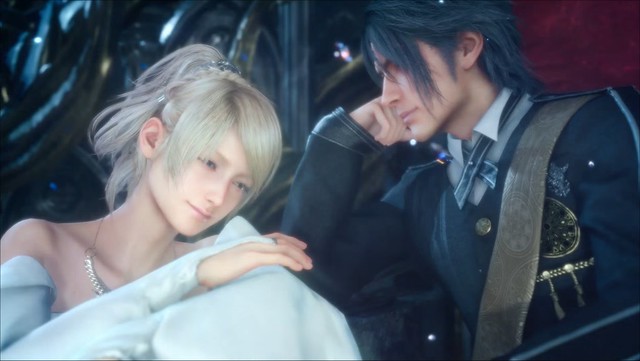 TL;DR: Everybody dies trying to save Noctis because he’s the chosen one to restore light to the land and remove a growing daemon invasion from an immortal savior named Ardyn, who became tainted over time. The only way to remove the daemon threat for good requires Noctis to give up his own life and purge all the daemons from Ardyn’s soul in the afterlife. Thus even Noctis dies at the end in order to restore the kingdom of Lucis and remove all the daemons from the land.