The Turing Test is Bulkhead Interactive’s plunge into the depths of the questions of humanity, survival and the responsibilities of mankind and artificial intelligence. The game has managed to capture the attention and engagement of gamers due to both its challenging puzzles and a story that had an ending that left a lot of people baffled, confused and craving more. For people who are curious about what’s going on in the game’s ending, here’s a brief explanation of what happens in The Turing Test.

Players assume the role of T.O.M., an artificial intelligence in charge of an ISA mission to Jupiter’s moon, Europa. The game is played mostly through the eyes of Ava Turing, an astronaut sent to investigate what happened to the crew on Europa after contact was lost.

T.O.M., has Ava sent down from the ISA space station to the Europa facility where the rest of the mission crew are stationed. However, when Ava arrives she’s informed by the AI that some of the crew have gone missing, including the captain of the ground crew, Daniel. T.O.M., also lies to Ava and tells her that one of the members, Chris, was presumed dead and possibly died in an “accident”.

In order to find the crew Ava must go through a series of Turing Tests to determine that she’s a human. These tests require creative thinking, which is why T.O.M., needs Ava’s help to find the ground crew after they setup the tests to prevent T.O.M., from interacting with them any further.

Eventually Ava communicates over the radio with another member of the ground crew, Sarah, who was romantically involved with Chris and had become pregnant with his child. However, Sarah couldn’t keep the baby because she and the others were trapped on the Europa facility by T.O.M.

Ava learns that the ground crew were drilling on Europa and discovered an organism that can indefinitely restore cells, basically working as a miracle cure for aging, death, sickness and everything else.

The ground team planned on returning to Earth with their discovery, but the ISA felt the organism was too dangerous and that it could end up destroying the ecosystem of Earth. Part of their reasoning was that while the organism had regenerative effects for cells and life, it could also make things like cancer cells and mutant virus unstoppable. The ISA ordered T.O.M., to ensure that the ground crew and the organism never leave Europa. 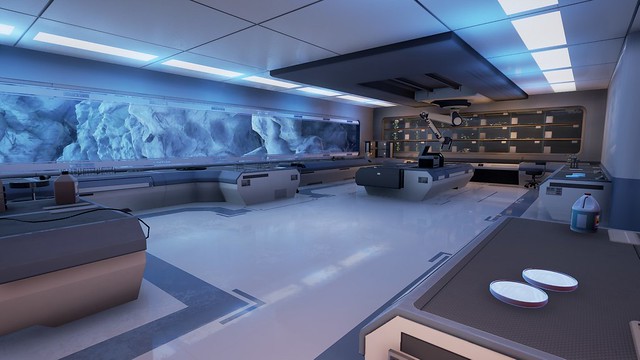 While slowly becoming psychologically fatigued and somewhat mentally unstable, the ground crew attempt to find ways to escape from T.O.M., due to the AI’s manipulative and dangerous behavior.

Sarah informs Ava over the communications array that Ava is actually being controlled by T.O.M., through a computer interface lodged in her hand, and that so long as the interface is in her body T.O.M., can directly control her, which is why they try to avoid her for as much as possible.

Previous to Ava arriving, Mikhail had removed his implant first after he discovers that T.O.M., can control them. Mikhail uses the laser drill to sever off his entire forearm after failing to cut the chip out in previous attempts. Chris follows suit, but does not remove his arm, only the chip implanted in his hand.

Chris, after being warned not to remove his implant by T.O.M., is eventually locked out of the station at one point and begins to run out of oxygen. When Chris attempts to get back into the Europa station, the doors are forcibly locked by T.O.M. Sarah begins to beg T.O.M., to open the door but the AI refuses, causing Chris to suffocate and die.

Through audio logs it’s discovered that the captain, Daniel, would often leave the crew and go on walkabouts, eventually resulting in him never coming back after they decide to remove all of their implants. Before leaving the crew, which now consist of Mikhail, Sarah and Sochi, Daniel warns them not to remove their chips or else it would be considered mutiny, but they do so anyways.

T.O.M., attempts to stop the remaining crew members from leaving the Europa station by diminishing their food supplies, including cutting off their food source so that they starve to death. 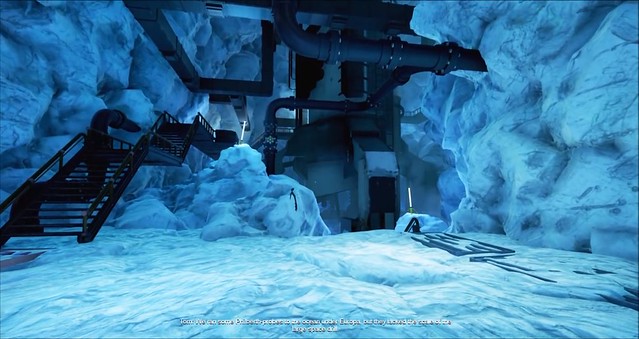 After Sarah informs Ava about being controlled by T.O.M., through the implant, Ava has issues with T.O.M., and they begin a long discussion over the arc of the game about the morality of control and the responsibility of maintaining a balance on life and death.

T.O.M., argues that he was designed to follow the ISA orders and that their orders were to protect Earth from that organism, so if it means killing the ground crew then that’s what he must do. Ava argues that he’s just a machine and that it’s not his call to make.

Eventually Ava sides with the ground crew and ends up meeting with Sarah. Sarah proceeds to remove the chip from Ava’s hand and the two embark on the task of dismantling T.O.M. Players are given the choice as T.O.M., to either kill Ava and Sarah or allow them to dismantle him. If players successfully kill both Sarah and Ava the game ends, with T.O.M., successfully having completed his mission for the ISA. If players choose not to kill Sarah and Ava, then the ground crew dismantle T.O.M., and they leave Europa, bringing back the miracle organism to Earth.