Rogue Star Games released FleetCOMM on Steam after four years of development. The game is a mix of strategic formation-focused space combat and shoot-’em-up action. The game had multiple Kickstarter campaigns and on May 24th the game finally released on Steam to rather scathing reviews.

The game is labeled as a tactical squadron combat game, using a Fleet Codex that enables players to create and customize their own ship formations and take on enemies using various grouping strategies to take out opposing forces.

It was originally Kickstarted and moved through Steam Greenlight with the help of the community. Developer Rogue Star Games became somewhat notorious both in the development of FleetComm and for some of the antics that transpired outside the development realm and in the social media space [Disclosure: Slade Villena from Rogue Star helped provide some information for some #GamerGate coverage on this site.] After various delays the game has finally launched on Steam in what many are calling an incomplete state.

The game uses what’s labeled as a “vibrant” visual art style with explosive saturation and bright neon coloring. Players will be tasked with directing around their squadron to blast enemy ships to pieces.

The bright colors, spastic combat and shaking screens didn’t really go over too well with a lot of gamers, many of whom felt as if the visuals made it difficult to see what was going on.

Dominic White explains in his review…

“Okay, the gameplay – the game claims to be a tactical shooter experience, but what that really means is that it’s Asteroids + Gradius’ Options with hideously convoluted controls and almost impossible to read graphics. The background (in this version at least) is a near solid black field with occasional dark red haze, and almost all enemies are the EXACT SAME COLOUR with no clearly visible highlights, so in order to clearly see what you’re shooting at, you need to hold your Scan button (Tab by default) to draw obnoxious yellow lines to every enemy in the arena.

“This is also somehow worse than early alpha builds of the game, which were still pretty confusing to watch, but the background provided at least SOME contrast against the enemies. Basic readability and usability were clearly not the focus of development during this game’s many delays.”

White goes on to explain that there were issues with the the music overlapping itself, some of the physics not working correctly with the enemies moving in random directions, as well as playability issues with the controls that are described as “twitchy” in the “worst of ways”.

Steam user Apathy had similar complaints about the graphics, but also cited the game constantly crashing to the desktop as a roadblock from him being able to play it properly…

“he graphics are very bad and when I say it’s bad, what I mean that I’d rather look at Zoe’s Deviant Nation and Broken Dolls pictures. Gameplay revolves around spinning in a circle and using Pink Floyd Laser Light Show beams to give the enemies Grand Mal Seizures until either they die or you stroke out.” 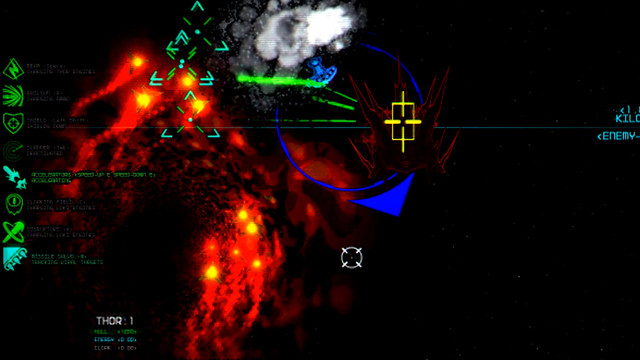 One of the more repeated criticisms of the game is that the frame-rate is highly inconsistent, bouncing between 10fps to 80fps but really settling on anything stable.

DarkChaplain made similar comments, noting that the frame-rate inconsistency is a major issue, writing…

“Performance is all over the place, and the game speed seems to be tied to the framerate. One moment you might have 120fps, the next 75, or 60, or even down to 20, all while your GPU spins its fan louder and louder. The framerate also inexplicably drops when you open up the Esc menu. Cool to see 10fps on a static screen.”

But that’s not even the main criticisms of FleetCOMM.

The biggest complaint from just about everyone is that the game is incomplete.

DarkChaplain explains that there are only tutorial levels in FleetCOMM, with the rest of the stages coming sometime in the future, writing…

“The first chapter missions are not available to play yet, either. It literally is unfinished while the developer laughs about and bans people asking from the forum. The incomplete state would be one thing if it was sold as an Early Access title, but it isn’t. It is a full release that has the bulk of its content arbitrarily gated depending on the whims of the developer.”

Slalom Jones reiterated that all that was available to play were tutorial levels, but that it was difficult getting through them due to some of the other aforementioned problems with the graphics and sound quality, coupled with the bugs and frame-rate problems…

“ I swear to god this thing gave me a headache on the first tutorial level. Speaking of tutorial levels, that’s all there is. 8 tutorial levels. The actual first mission is supposed to release on the 30th of May. Expect delays.

“In all honesty I can’t really call this a review: Most of the tutorial remains unplayed. I’d love to play more but my desire for self preservation keeps getting in the way.“

According to post on Steam by Slade Villena from Rogue Star Games, additional missions will arrive for FleetCOMM over the next few weeks following the game’s release. According to Villena, they will maintain discounts on the game to make up for it launching in the state that it is as opposed to going through the Early Access process…

“Unfortunately there’s no way to revert to an “early access” product, while we clean up and polish the rest of FleetCOMMs chapters. There is an option to still sell the game at a discount, and plan to honor that discount until all FleetCOMMs chapters are released. We will try to renew this discounted price every week.” 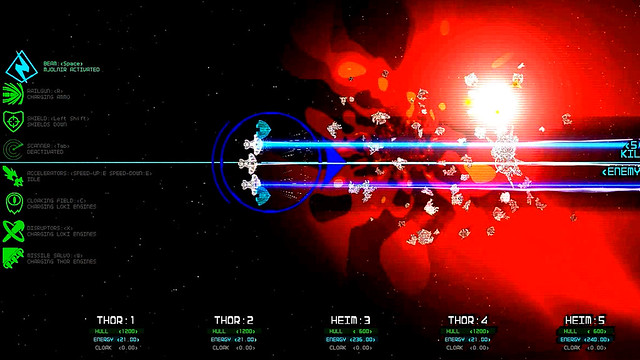 The post further notes that the game will have a total of nine chapters for gamers to play through in its complete state.

For users like Jews Did 9/11, it was impossible for them to hold out on any optimism about the content arriving in a punctual way, with the review explaining…

“The most absurd part about this game, is that majority of it is missing. After going to chapter selection you will be greeted by varied selection of two chapters, Chapter 0, the tutorial and Chapter 1 which is currently unavailable and will be released on May 30th. Now considering reputation of this developer and their history with delays, I wouldn’t put much hope in that date, but perhaps you’re younger than me and still have some snippets of optimism left, good for you.”

Of course, though, the other main issue is that even if more content is added to the game, the crashing will need to be resolved. As noted by wonkonpac, they couldn’t even complete the tutorial missions, writing…

Jomo had a similar experience, explaining in his review that he was literally unable to play the game because it crashed to the point where he couldn’t get past the main menu…

“This game is unplayable. As soon as I run the game, every option on the screen is shaking around and overlapping each other like some sort of broken flash game. And to make things better, there’s a constant screeching noise in the background that I assume is the music. Maybe the gameplay is good, but I have no way of knowing since the menu is bugged and crashes every 2 seconds. 0/10, waste of money and time”

The general consensus appears to be that FleetCOMM is nigh unplayable and should have entered into Early Access before releasing as a full game on Steam. There were some comments in some of the negative reviews that noted that the ability to create formations and design attack patterns was a novel concept for a shoot-’em-up but the execution of those concepts were marred by the constant crashing, missing chapters and frame-rate issues.

At the moment FleetCOMM is discounted by 40%, costing $5.99 as opposed to $9.99. And as mentioned by Villena, it will stay discounted as they continue to add in the rest of the gameplay chapters.