Scott Cawthon’s Five Nights at Freddy’s World is already out and available for PC. The game is coming soon to mobile devices. A lot of gamers have a hard time getting through the game and have been looking up all sorts of hints, tips and guides to help them get past some of the common parts where a lot of gamers are getting stuck, especially with the glitch world. Well, there’s a completely gameplay walkthrough for Five Nights at Freddy’s World that covers the game from start to finish while also detailing some of the attacks and explaining how to defeat some of the bosses.

YouTuber FusionZGamer has a very comprehensive walkthrough of the game while describing how to debuff enemies, attack enemies, use character buffs and how to get through each area in Five Nights at Freddy’s World. You can check out the complete walkthrough below.

You can acquire new party members at random. A new animatronic will challenge your party at any time and if you defeat them you can add them to the roster of potential characters to join your team.

When you travel through the glitch world you can get to new worlds. As you discover new worlds you can instantly jump to these worlds using the jump button on the right side of the screen when on the map world map. To checkpoint a world location you should see a giant, brownish, wooden looking button on the ground. Activate the button to checkpoint that area. 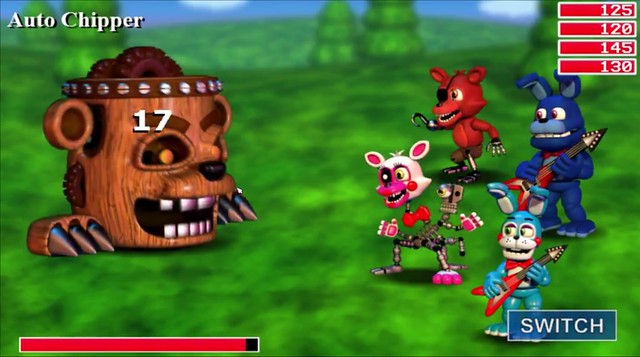 Talk to Fredbear who will direct you to travel across Lillygear Lake. If you want to find the shops and stores you’ll need to move through the lake to find the teleporter after you defeat the octopus. The teleporter in Lillygear Lake will take you to the tent in Choppy Woods that will allow you to enter the Pinwheel Circus.

Head to the bottom of Blacktomb Yard with the tomb stones. You can walk past the tree (it’s transparent) and you can enter the mines. 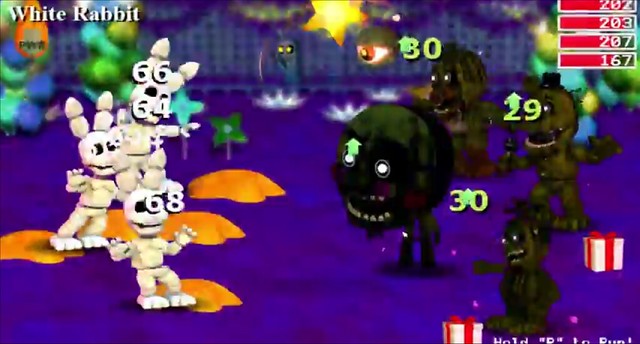 While in the mines you’ll need to defeat the boss to get the special item in the gold chest and then look for a glitched rock within the mines. You’ll find a glitched tree at the bottom of the area. It’s a tree slightly indented between two other trees. When you move through the glitch within a glitch there is another object that will take you to another part of the glitch. If you go north you will move into the third layer of the glitch, which is basically just a series of black and white scanlines. If you follow the path you will move through each of the glitched areas and eventually come out at the Pinwheel Circus again.

Move through the area and you will find Fredbear once again. He’ll tell you to find a hidden funhouse. After you defeat the Ballboy boss you will have to venture through the Pinwheel Funhouse, which has quite a few multiple routes.

For the Glitched Ending Following the Instructions Below 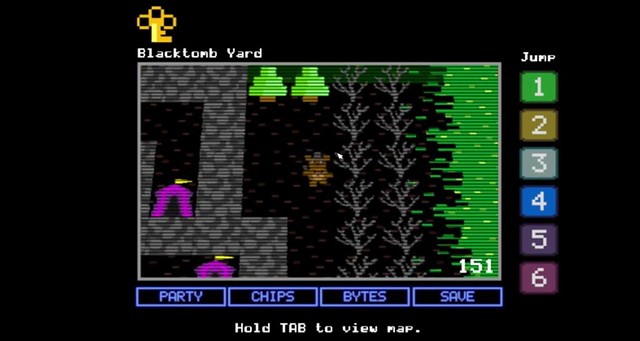 It gets tricky but you’ll next have to venture through the glitched world and follow the path up toward a glitched tree like the one in the image below. 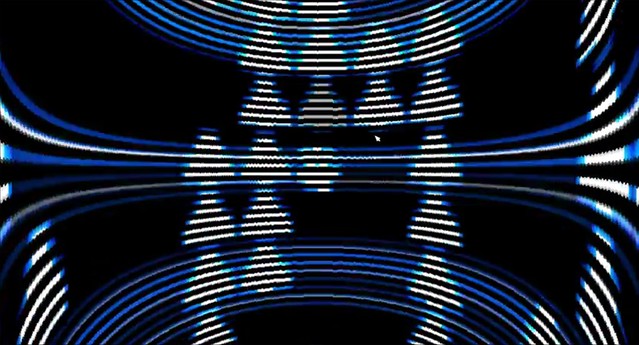 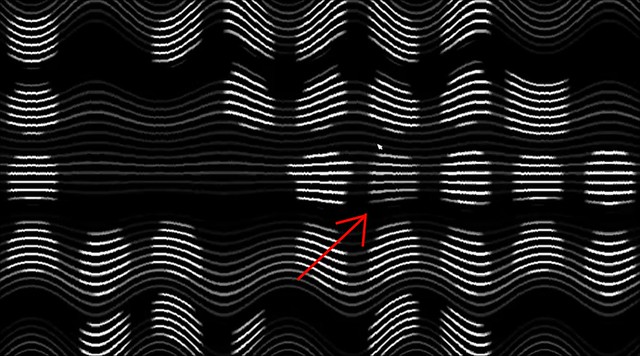 From there, you’ll move through the third layer and you’ll have to go up and take the long pathway to your right. You’ll end up at an area that looks like it’s blocked off but it’s not. As you can see in the image below, it’s actually a hidden passageway that will lead you into the fourth glitched layer. You will need to pass through the wall to get to the fourth glitch zone. 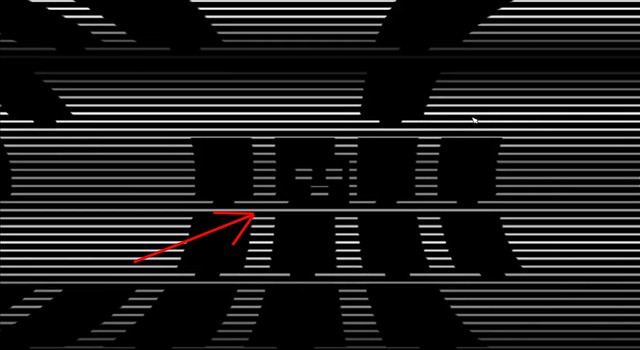 This will take you to the glitched ending of Five Nights at Freddy’s World. If you glitch through the pond in the fishing area you will fall through the screen for a few seconds and then get a special hidden ending.

When you’re moving through the Pinwheel Funhouse, you’ll need to follow the map to get to a special area in the Blacktomb Yard. If you follow the map below you need to end up in the location highlighted on the map. From there you will find a glitched wall to walk through (it won’t take you into the glitched zone) and it will allow you to move through the wall and to a secret area of the map. You will need to head to your right to face off against the boss… Bubba. 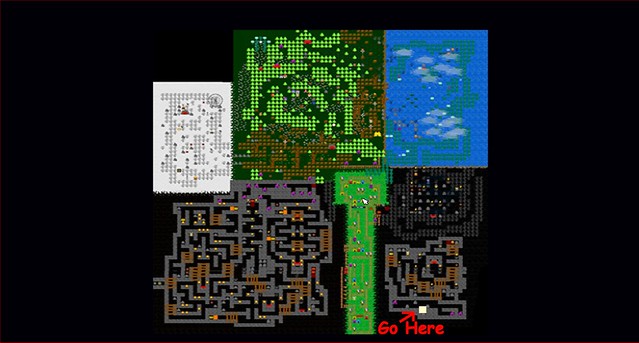 After you defeat Bubba keep heading to your right and there’s a secret passageway through the wall you can walk through that will lead you to Fredbear who is just south after you pass through the wall.

You will need to fight the pork boss to get a key.

You will need to head back to Dusting Fields and use the key on the lock on the bottom left hand side of the screen.

You will need to press each of the buttons behind a locked box within each of the game worlds before heading to the final boss.

The final security gate is at the Pinwheel Funhouse. If you need help finding the locations for each of the locked walls guarding the buttons, you can use the map below where the locations are highlighted in red. 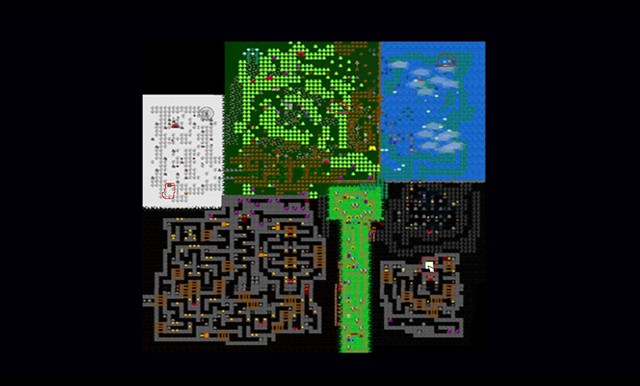 For the owl boss you will need to bring the Crying Child and Endoskeleton. You can use the gift boxes to keep your team revived and use the Endoskeleton to put up the wall to guard your team. FunsionZGamer also has the secret ending of the game included as well, which includes a guy holding his two sons (some believe the secret ending consists of Scott Cawthon and his two sons).

As for help with the attacks, defenses and abilities, you can check out the list below, which describes what each move does in the game.

Five Nights at Freddy’s World is available right now for $9.99 over on the Steam store page.