For some reason people really, really love Mr. Handy in the Fallout Shelter mobile game for iOS and Android. The latest update made it available on Android brought with it the addition of Mr. Handy the service robot. There are a few guides available to explain how he works, how to repair Mr. Handy, how to collect more bottle caps and how to get more than one to work on multiple floors.

You can see Mr. Handy getting unlocked via a lunchbox with the YouTube video below from Kismet, Ring of Destiny.

Mr. Handy does take up vault space so you will need to make some room for him, as showcased in the video above.

Expand your vault and you can begin to add in multiple Mr. Handy robots to help out around the shelter.

And while you can have multiple Mr. Handy robots roving around and giving you a hand, you can’t actually have more than one a single floor at a time. Kevin Sanders gives viewers a quick rundown of how to utilize the robots on multiple floors to avoid them stalling out when trying to jam them on a single floor together.

Now, one thing to keep in mind is that Mr. Handy can fight and he will respond to incidents but only on the floor he’s on – so you’ll have to drag him to the appropriate floor to get him to respond to those incidents.

According to a Reddit post, while Mr. Handy doesn’t consume resources he can die when his health runs out. He can’t be healed in the traditional way like other shelter inhabits and can only be repaired after he’s died. It will cost you 2,000 bottle caps to repair Mr. Handy.

The upside is that user Life_Is_Regret shared a screenshot indicated that Mr. Handy can collect quite a few bottle caps when he’s out in the wasteland. So the longer he’s out there the more bottle caps he’ll retrieve for you. So getting 2,000 to repair him isn’t too difficult. 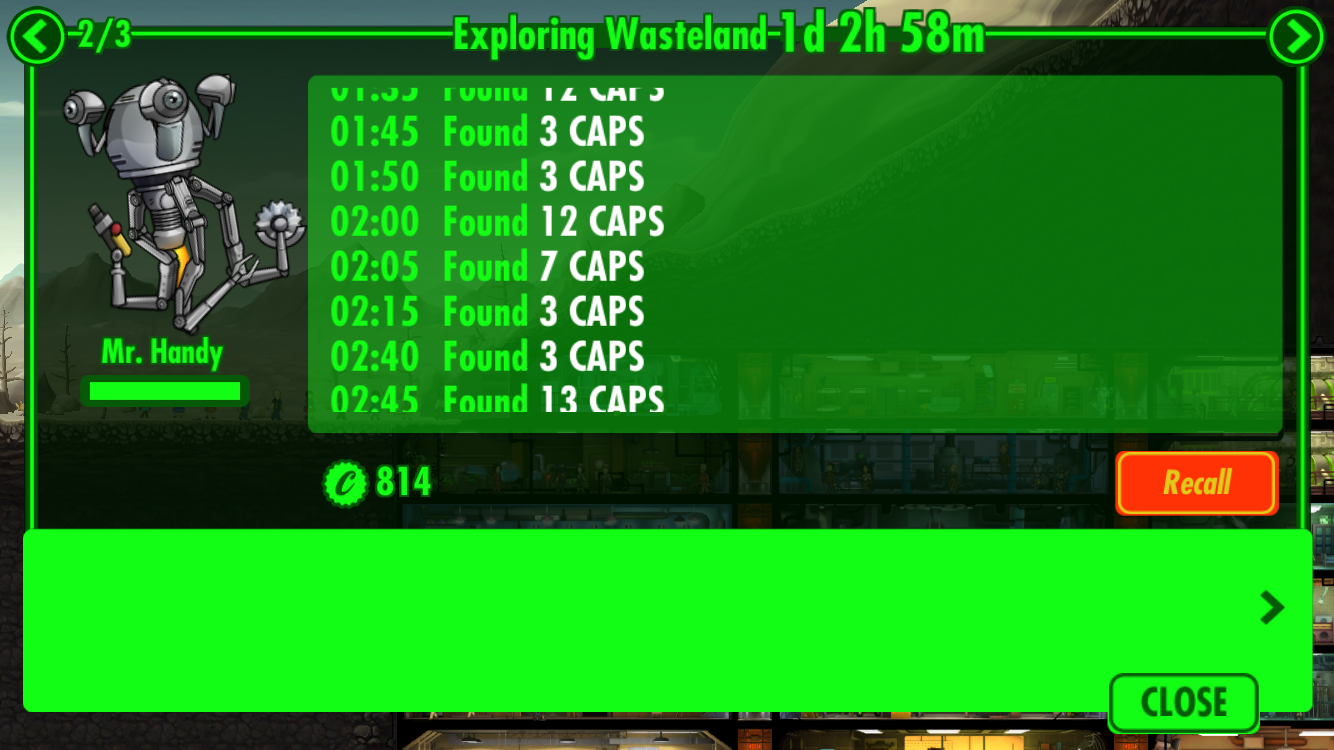 You can have an unlimited amount of Mr. Handy robots so long as you have enough floors to assign them to. If you don’t need any extra help with room production, extinguishing fires or fighting off baddies, you can have the service robots explore the wasteland for bottle caps.

You can grab Mr. Handy right now for Fallout Shelter on both Android and iOS devices. You can learn more about the free-to-play mobile game by paying a visit to the official website.